‘Twee as Jemima Puddle-Duck’s bonnet’- The Forest Side, Grasmere, reviewed

DEAR reader, rest assured that no red squirrels were harmed in the making of our first amuse bouche.

The furry little rarities were doubtless curled up with their nuts in the woods around Forest Side Hotel by the time we tackled our ‘Little Critter Fritter’.

Quail, rabbit and GREY squirrel morsels fried in a black and grey crumb with a sharp little dip.

Dainty, exquisite and unlikely to have a significant impact on the UK’s grey squirrel population of 2.5 million, compared with just 120,000 reds.

Grasmere is one spot where these endangered natives are encouraged to thrive; they even got through a recent outbreak of the deadly Squirrel Pox Virus.

So we had a pre-prandial squirrel safari, saw plenty of habitat signs but nary a bushy tail. Well, it was hossin it doon, d’ye ken?

Excuse me for tumbling into dialect. Blame the unleashing of my inner shepherd on a glamorous Michelin-starred country haven that names its tasting menus, in descending order (£95, £80, £60), ‘The Grand ‘Un’, ‘The La’l ’Un’ and ‘The Reet L’al ’Un’.

They arrive as a bundle of brown cards tied with twine, bearing the motto “inspired by the Cumbrian landscape” – and, yes, Herdwick Hogget will be along shortly.

Twee as Jemima Puddle-Duck’s bonnet, but it’s easy to forgive when a glorious succession of dishes arrives – first on scorched looking timber, then in the uber-rustic ceramic vessels favoured by the Blessed Offspring of L’Enclume. 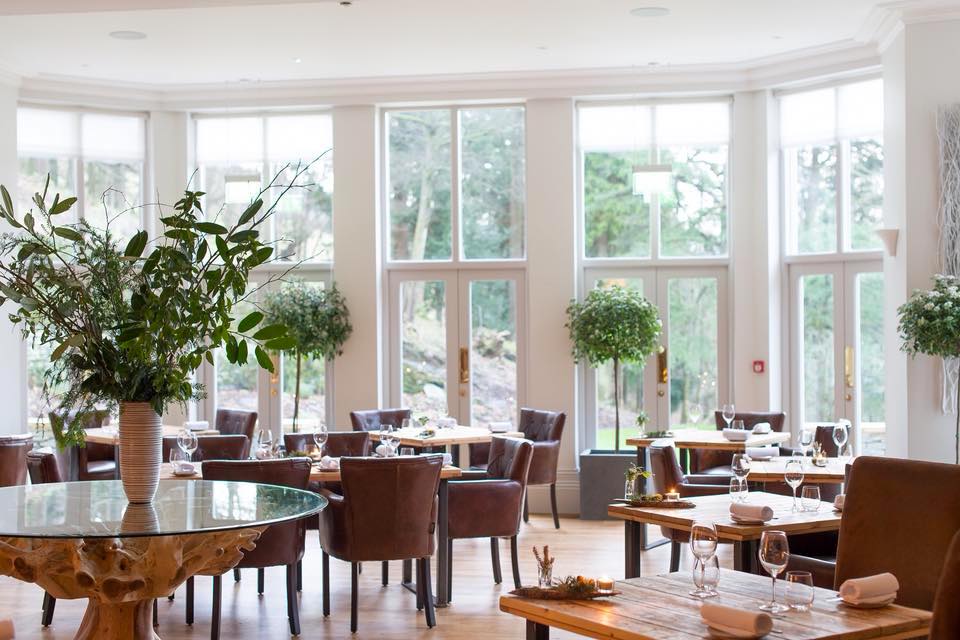 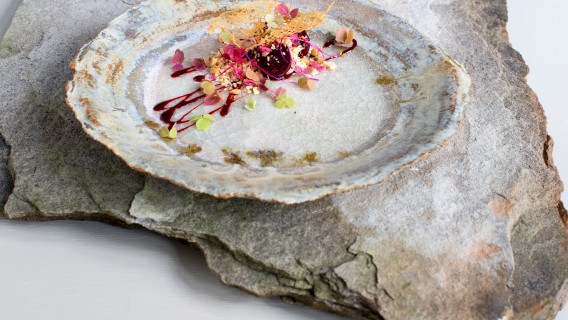 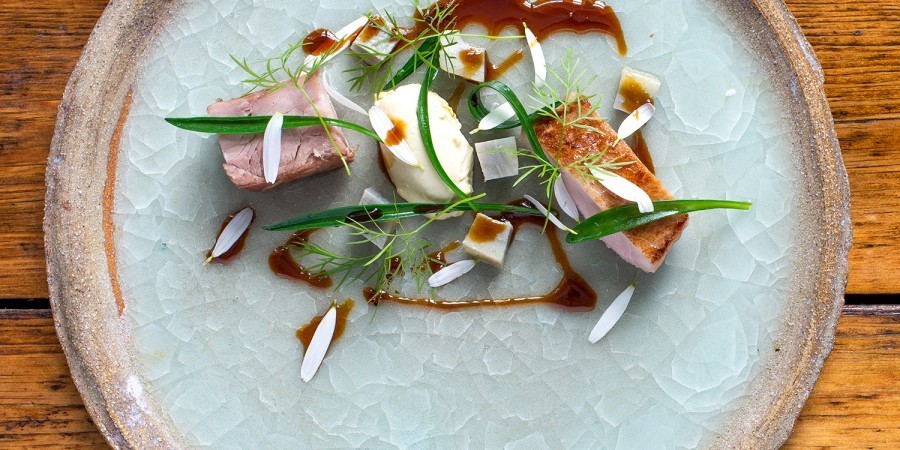 Of course, the debts are obvious. Forest Side head chef Kevin Tickle was an integral part of Simon Rogan’s Cartmel empire, notably as forager in his native fells and woods (he must know where the squirrels live), while the hotel general manager ‘French Franck’ Delatang, restaurant manager Gareth Newton and head sommelier Charlie Carron Brown are also ex-L’Enclume. All this legacy shows in the slickness of the operation.

As with Rogan’s head chef for almost a decade, Mark Birchall, now at Moor Hall restaurant with rooms near Ormskirk (given a 19.5/20 by Confidential’s Mark Garner) you feel the proteges are now serious rivals, growing into their own visions.