Gary Usher delivers his promise to the people. By Gerry Corner

LIVERPOOL seems like an appropriate place for the closest thing to the restaurant-as-socialist collective.

Wreckfish was funded by the people, 1,522 enthusiasts who raised the record-breaking £200,000 required, via a crowdfunding website. Accordingly, it has the feel of a place for the many, not the few.

Gary Usher’s fourth restaurant, and counting, generates a warmth that somehow manages to radiate down the road.

As we approach, past the huddle of no-messing black-clad bouncers and the grim bouquets for a young murder victim, there it is, on the corner of Slater Street, glowing like the farmhouse light that guides the lost on a cold and lonely night.

There’s no glitz, no pretence, no big I am, just a warm welcome and bistro food prepared to a standard that’s pretty much guaranteed to make this everyone’s favourite city centre restaurant.

Inside the 19th century watchmaker’s factory it’s all brick and wood, softly lit, homely and hospitable, the old building’s raw materials displayed to their best advantage: solid and reassuring.

The man’s in the building tonight, the Kickstartered tattooed talent behind Sticky Walnut (Chester), Burnt Truffle (Heswall) and Hispi (Manchester).

Working away in the open kitchen, that thrum of efficiency at the end of the room, you can’t miss him; he’s the one the with the reptilian body-art down both arms.

I don’t know what variety of snake it is but it looks like it carries the same venom Usher occasionally spits at critics on social media.

We are greeted by staff, unburdened by age, who have an energy that’s infectious and a calm assurance that belies their youth, my apologies for a late arrival shrugged away.

As we are led downstairs I prepare to be dismayed, only to find this is no half-arsed overspill area, but a seamless more of the same, with brick arches, wood panelling, strong colours and art on the walls.

Tonight’s patrons span the generations but there are more than a few hirsute hipsters in search of something a little more grown up than the usual dirty burgers and burritos to nest in their beards. 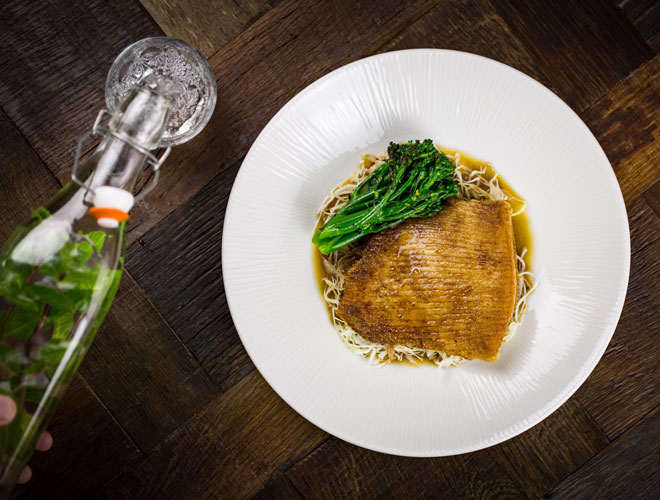 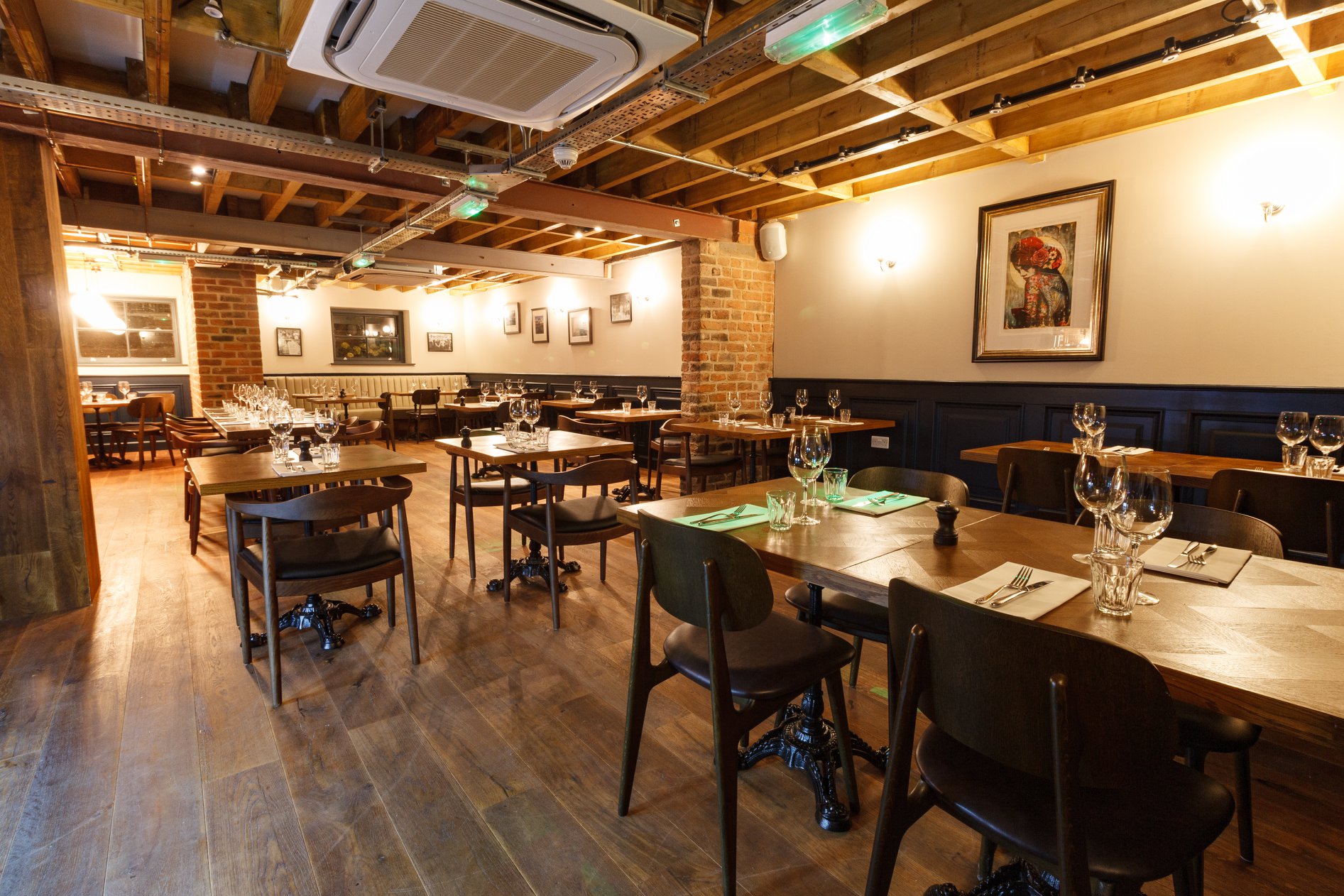 Usher’s story has the makings of a movie script; the severely dyslexic North Wales schoolboy treated like a halfwit; the pub boss who saw behind the thick-framed glasses and appointed him the region’s “first pub apprentice”; perfecting his trade with (among others) Angela Hartnett (who perfected hers with Gordon Ramsay); opening his own place, Sticky Walnut, and quadrupling the turnover of the previous restaurant in the building.

He thought the banks might be willing to help him expand. Wrong.

Maybe they didn’t like his tattoos, but they repeatedly said no, even refusing to stump up a measly £10k for air conditioning when Sticky Walnut was packing in so many customers that their combined body heat was causing some to literally pass out.

Proof, were it really needed, that bankers are an alien species whose only interest in the human race is as a food source.

At which point Usher turned to alternative means of raising capital and, in the case of Wreckfish, found Michelin-starred chefs like Daniel Clifford and Tom Kerridge were among those offering their support.

You could understand it all going to his head. But at Wreckfish, there’s no glitz, no pretence, no big I am, just a warm welcome and bistro food prepared to a standard that’s pretty much guaranteed to make this everyone’s favourite city centre restaurant.