There’s ambition afoot in Hale, where The Embassy is creating Mediterranean Spanish fusion food with a fine dining feel – they call it haute cuisine, but describe it as “new and innovative”, “daring and fun”, and “consistent and responsible”.

Using traditional as well as contemporary cooking techniques, chef-patron Gustavo Marin Serrano says he doesn’t want to be confined by one cuisine alone. Indeed, born in Andalusia in Spain, he has trained in some of the world’s best kitchens, including multi-Michelin starred Martin Berasategui in the hills above San Sebastian.

From his own menu, he recommends the lamb ribs with demi-glace, so adding a French flourish. There’s also an Italian influence – a tartufata truffle sauce with the mushroom croquettes – not to mention Far Eastern flavours: steak tartare comes served with stir-fried lotus root and artichokes get the equally Japanese teriyaki treatment, while Korean street food-inspired dishes takoyaki octopus and prawns plus glazed kimchi wings put in an appearance. Suitably Spanish, however, are various paella-style dishes, and the likes of hake fritters, traditional Galician octopus and Iberico acorn-fed jamon de Bellota, plus mojo verde sauce alongside red shrimps and Canary Islands papas arrugas wrinkled potatoes accompanying salmon.

Crossing over from savoury to sweet, starters and mains have included flavour pairings such as oxtail and chocolate and creations including piquillo pepper vinaigrette ice cream and squid ink macarons, while desserts, on the other hand, have included an olive oil yoghurt with tomato compote alongside the more usual cheesecake and cookie selection. 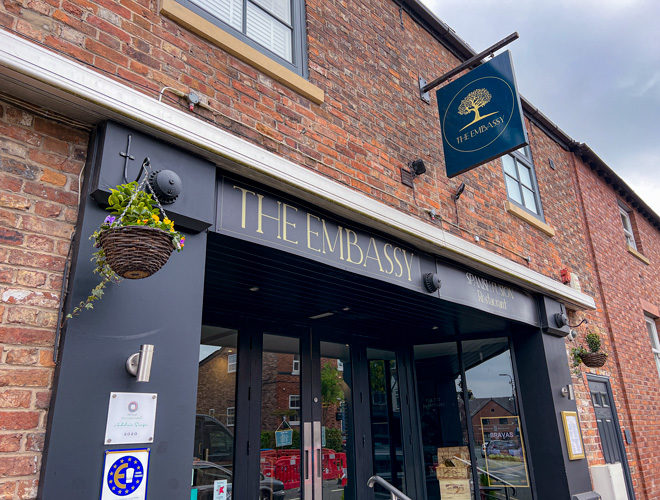 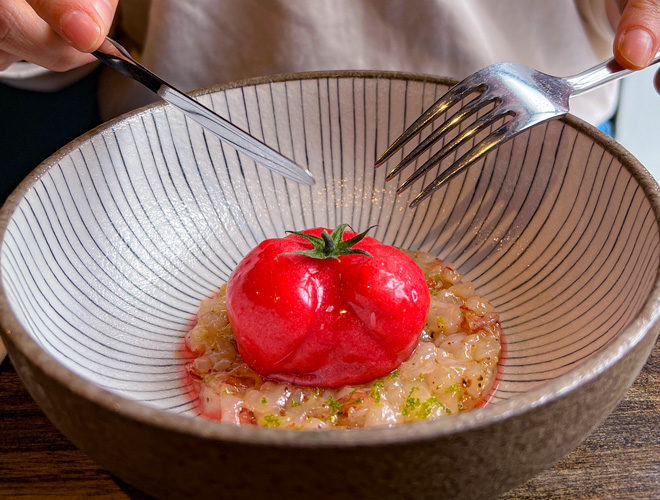 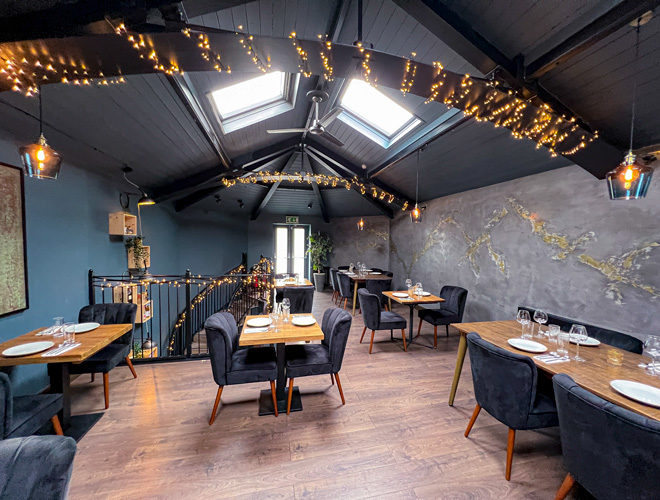 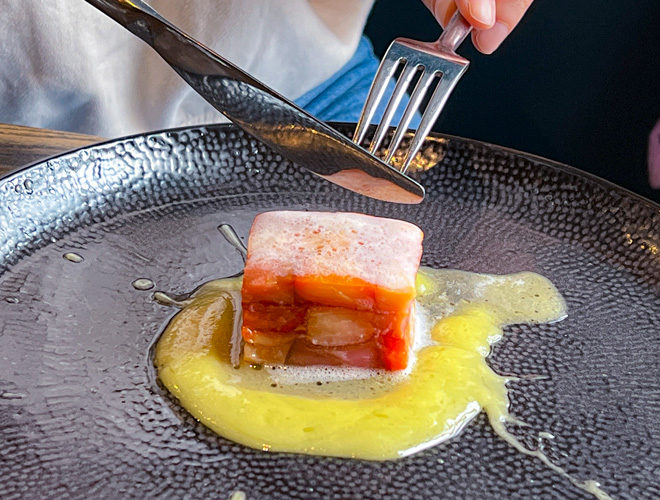 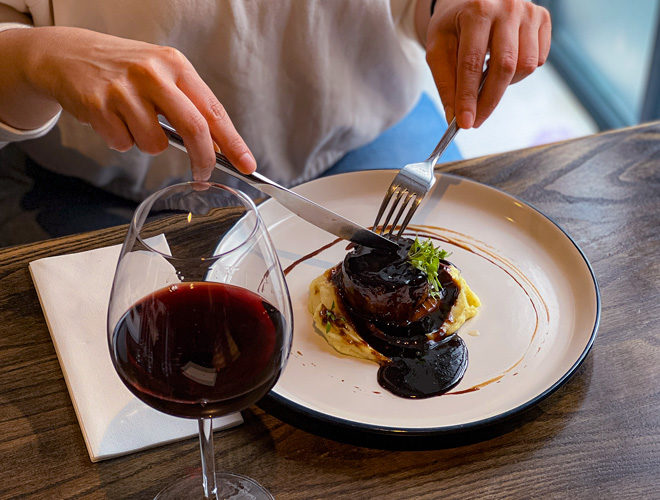 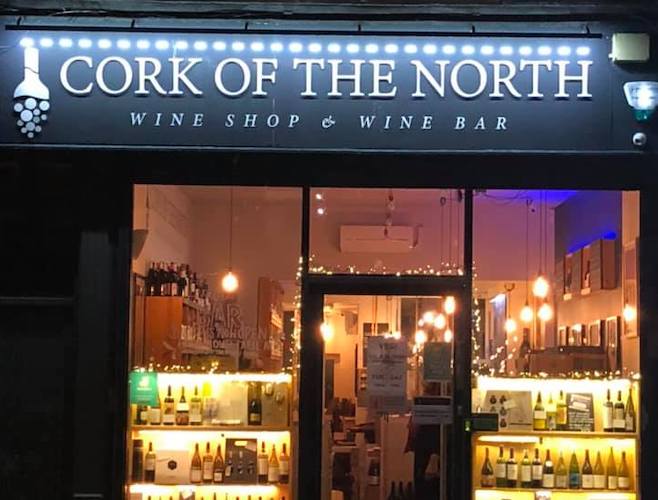 Cork of the North Sale 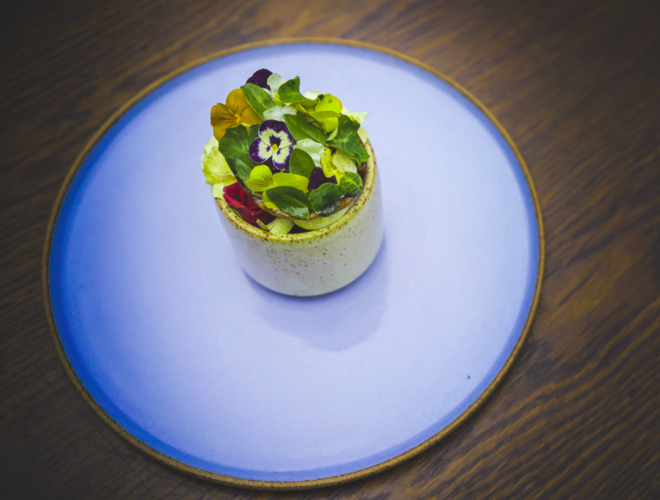 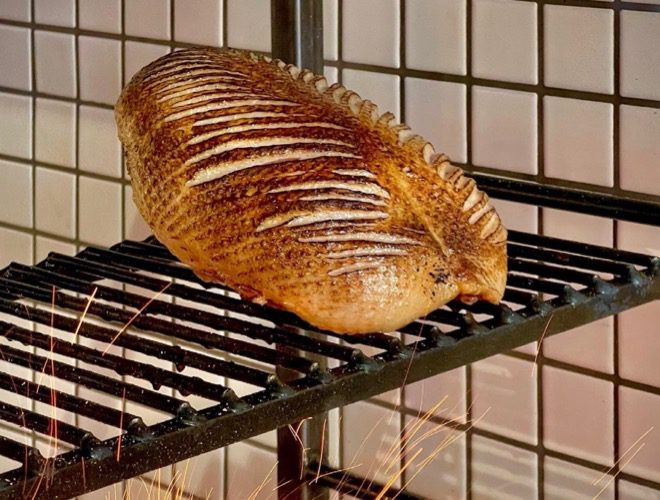 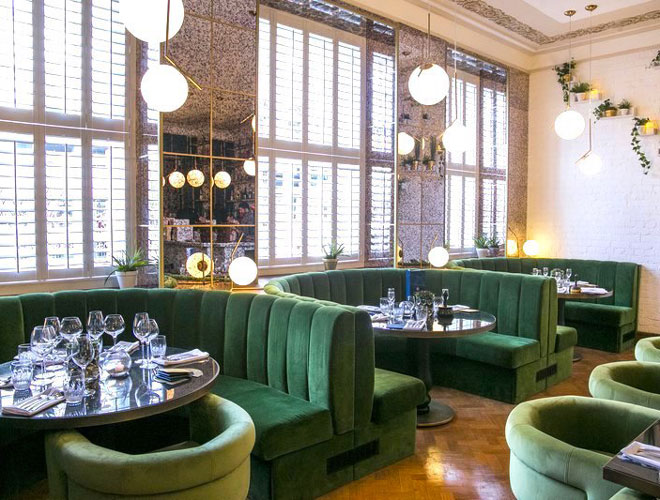 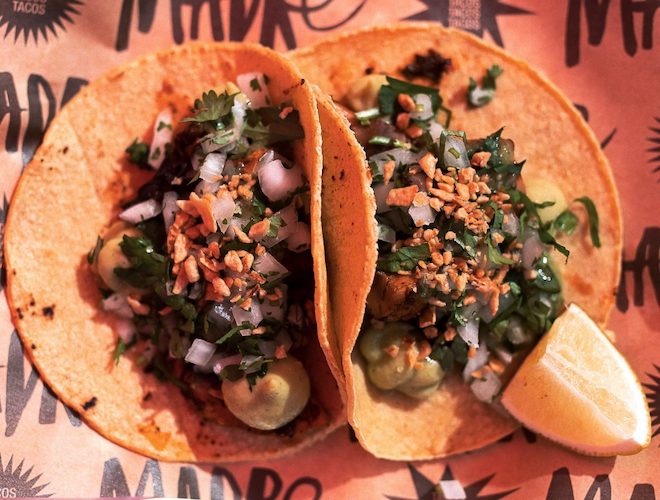 Madre at Escape to Freight Island 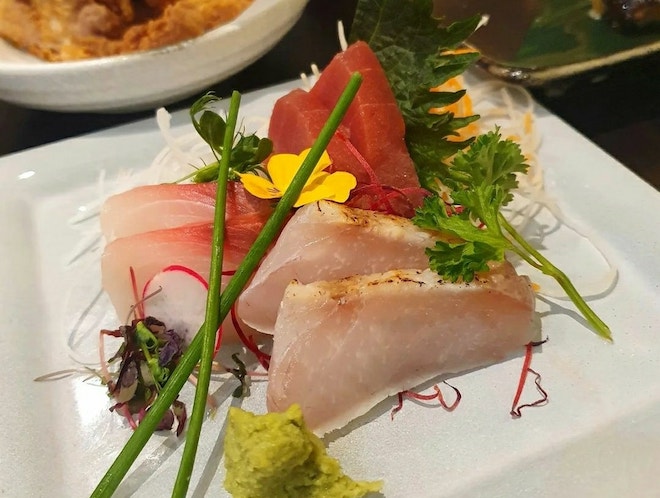