MY friend is telling me how they are about to embark on a fifteen day fast.

They’ve done it before, oh yes. Once you get going, it’s nothing.

You can say that again.

If you really throw yourself into it and give up food, like ALL food, for a protracted period of time, the theory goes that not only will you lose a shedload of weight, but you will have the kind of energy to outperform the Chinese national grid. You will reset your metabolism, they say. Your need for glucose to fuel the body (which you get from food) will be diminished. Instead, mysterious ketones will command your fat stores, powering your every move.

“Well, now about that…”  I say, shifting a little in my leather upholstered chair, wondering if we’d have been better heading to Kimo’s.

But no, we are in The London Carriage Works, a restaurant whose model is classy fine dining. And where, on Tripadvisor, a Greek chorus of commentators occasionally rise up, keyboards and innards rumbling and grumbling. ‘You do not want to arrive here hungry,’ chides a diner from May 2018. ‘A stain on a plate’. ‘Please remember that not all of us have recently undergone gastric band surgery, nor are we anorectic (sic) supermodels’.

“Well a bit, last time. But that was over ten years ago. I dunno. Maybe it’s changed.” 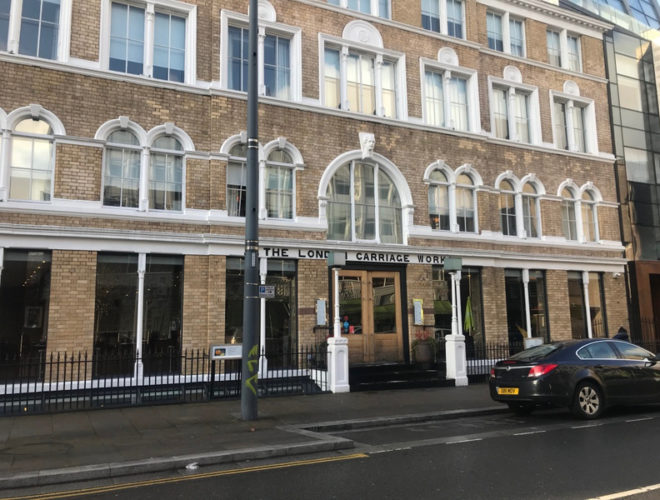 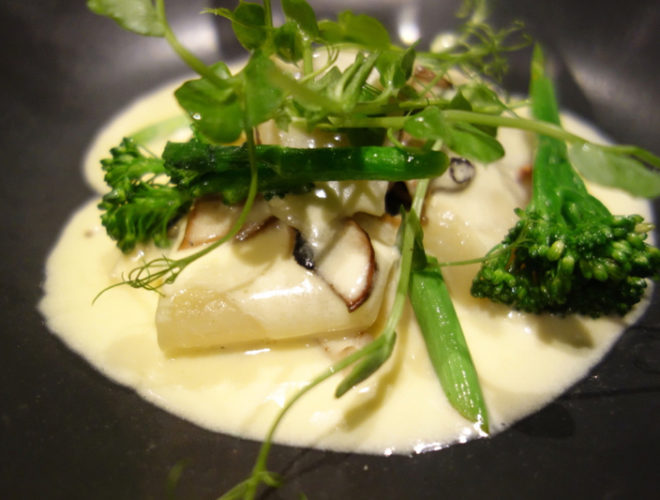 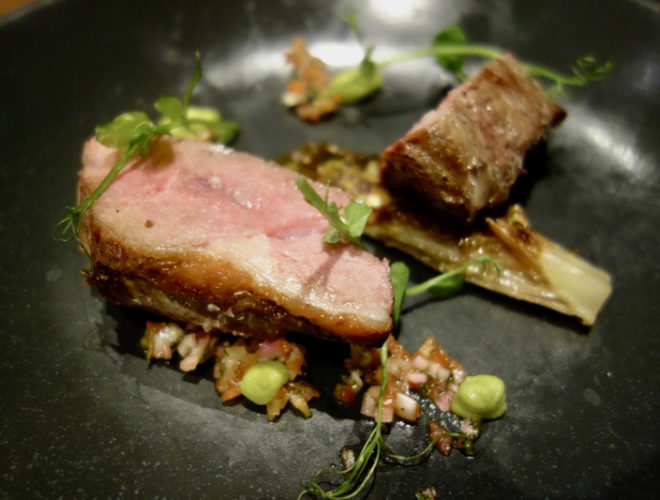 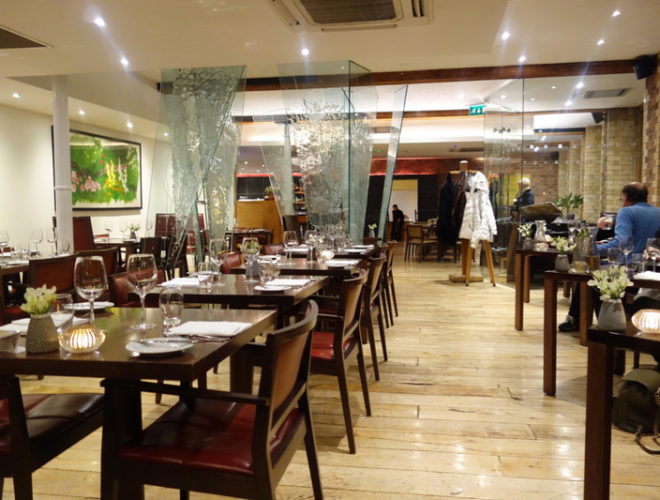 Back then, Paul Askew, TV personality, aka the self-deprecating “Porky”, was in charge of what considered itself Liverpool’s highest, high end restaurant. ‘Chef patron’ – to use the (parent) Hope Street Hotel’s vernacular.

In 2006 the only excess you would find in a typical dinner for two was the £100 compulsory sort. Occasionally followed by a yearning for a chippy before retiring.

On the face of it, little has altered except the rate of inflation and the chef, Mike Kenyon, ex-Filini at the Radisson Blu. Slates for plates still crop up and those dramatic shards of glass, which punctuate the ground floor, aren’t going anywhere soon, apart from floor to ceiling.

As ever, the service marks the place out: efficient, friendly young professionals, knowing and unobtrusive, seeming to take pleasure in their work.

On this visit, their mettle is not fully tested, for the restaurant is sparsely occupied.

To bring us right up to the present, diners at another table are banging on about Brexit, one of them loudly, which causes us to ponder how the booming hospitality industry, its engine largely driven by an army of European workers, will sally forth once we have taken back control of our hors d’oevres.

The food also has a ring of the familiar but we swerve the full card, leaving it to those with expense accounts or gout. Instead, on this frugal January night, we turn our attention to the fixe price menu – three courses for £29.