The goodness of earth, river and sea on a plate, real skill allied to bags of character.

Robert Owen Brown is, of course, the whack-a-mole chef, hit him on the head in one place and he’ll pop-up in another.

Now he’s at The Hinchliffe Arms in Hebden Bridge but this is no pop-up.

This is the sort of institution you dream of when you wake and think I want a run out to the country and a proper old-fashioned pub with real fires, great ales, and food that is full-on and British delivered with flair and imagination.

If you can cope with offal, then get here quick and dig in.

So this is what you should do: M62 to Milnrow, jig round Hollinworth Lake, skirt Littleborough and then scoot over my dream Pennine hill, Blackstone Edge (I grew up not far away).

Take a first left after the reservoir, down the B6138, the Tour de France route when there was a stage or three in Yorkshire in 2014.

At the foot of the hill is Cragg Vale and the Hinchliffe Arms in a lovely situation: a clough filled with trees and close to a church and stone cottages.

The drive is beautiful, dramatic, a definition of the pure North: milltowns and moors.

Or you could take an equally good if less dramatic journey by train from Manchester Victoria and be in the nearest town, Mythomroyd, in half an hour. Then it’s simply a mile or so walk to the south.

Either way it’s a worthwhile journey. 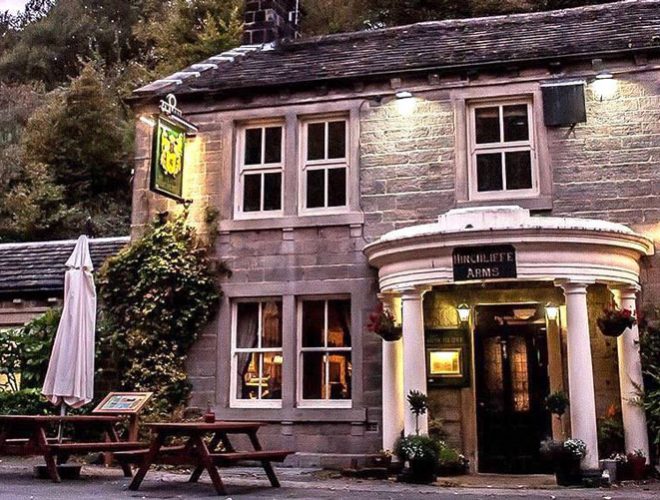 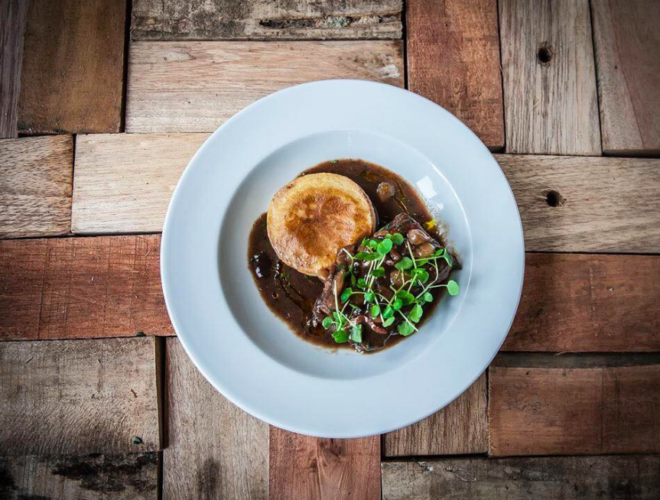 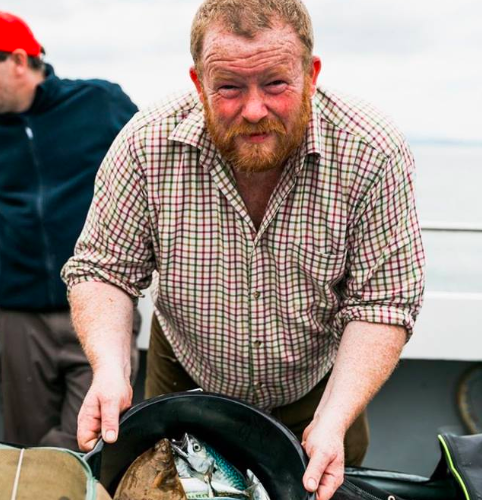 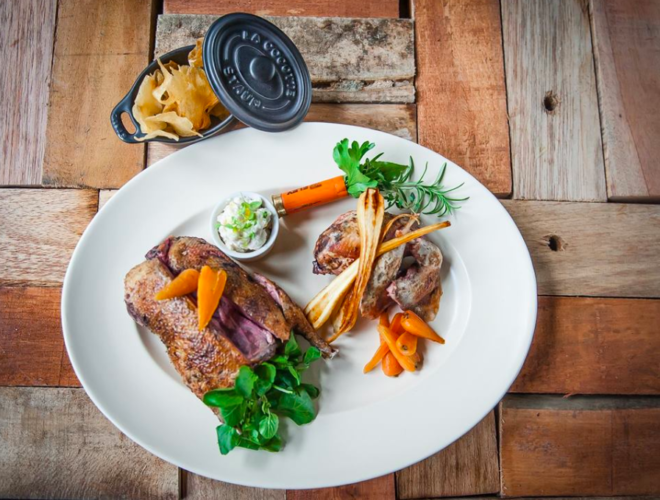 The Hinchliffe Arms might be in Yorkshire but it is firmly in the Mancunian hands of brewers JW Lees.

The interior is spacious yet comfortable, the welcome from Kieran Douglas-Clark, business partner of Owen Brown, and his staff warm.

The food is superb. Robert Owen Brown helped popularise the Manchester Egg, a variety of Scotch Egg with black pudding wrapped round a pickled egg.

Here he’s turned it into the ‘Soon-To-Be-Famous Craggy Egg’ (£4) by adding ground pork scratching to the casing. The result works perfectly whether as an entrée or a snack with beer. The presentation in a sturdy wooden box is handsome.

A couple of starters sum up Owen Brown’s approach to British food.

The fish starter he caught himself off the Welsh coast. (He shoots some of his provender as well. And forages the waysides and woods for good grub.)

The fish was a dab, livened up with lemon, bacon and prawns and ridiculously cheap at £7. It was a wonderful dish.

Another starter was the flash grilled ox hearts (£6) with parsley, caper and shallot.

If you can cope with offal, then get here quick and dig in. Heart is my fave inner organ of beast and fowl and these were subtle babes and quite delicious.