But will the trademark toasties make it on to the new menu?

3 Hands Deli is a Confidentials lunchtime favourite and a destination spot for Deansgate Mews – the hidden street at the back of the Great Northern Warehouse.

Its towering toasties draw crowds from across Manchester. Largely down to the piles of locally-sourced, home-pickled ingredients that go in to every one. Not to mention the beurre noisette bath each sandwich gets before it hits the griddle and expertly made sourdough bread made by Holy Grain Bakery.

The deli will close in February to make way for Pizer’s new project Another Hand, which will see the chef take over a different unit on Deansgate Mews.

The deli opened in late 2020 after New Zealander, Chef Julian Pizer left Ancoats pub, Edinburgh Castle when the furlough scheme just wasn’t an option for many people in hospitality.

“The original plan when I left New Zealand was to take on a little pub somewhere in the UK countryside,” He tells me. Or at least I think he does. I have a gobful of beef reuben toastie, and I’m not about to put it down.

“I decided that I didn’t want to work for other people anymore. I know this isn’t exactly a pub in the middle of nowhere, but we’ve definitely created something special here.” 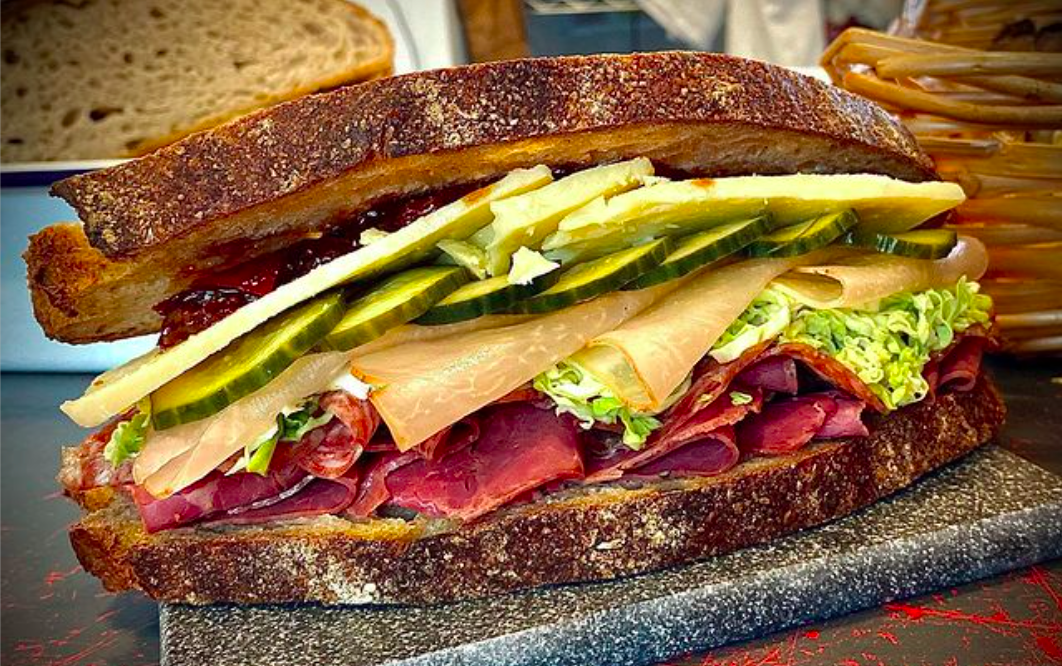 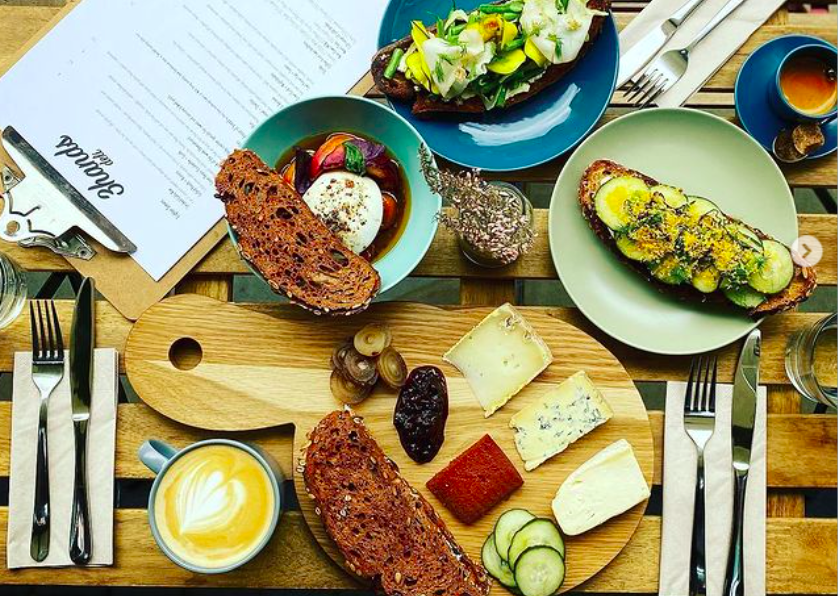 3 Hands Deli currently operates out of the hugely underrated Holy Grain Sourdough Bakery on Deansgate Mews. Seriously, Pollen Bakery might dominate the sourdough scene in Manchester at the moment, but Holy Grain’s signature Wild Thing loaf is something to behold.

Holy Grain baker, Danny, used to be a lawyer in London and gave it all up to bake bread. A story for another day. 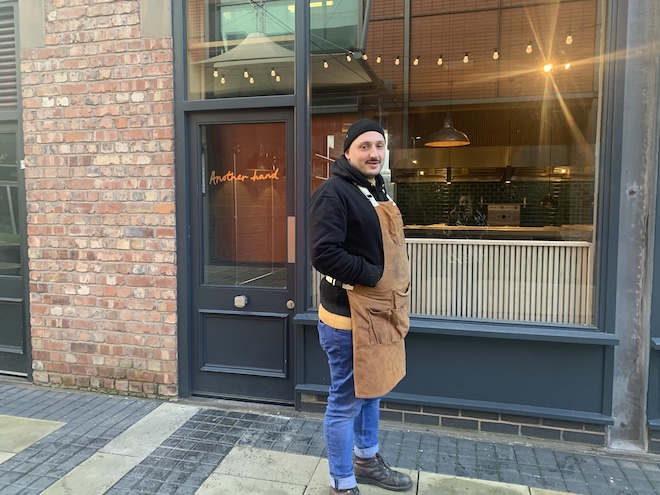 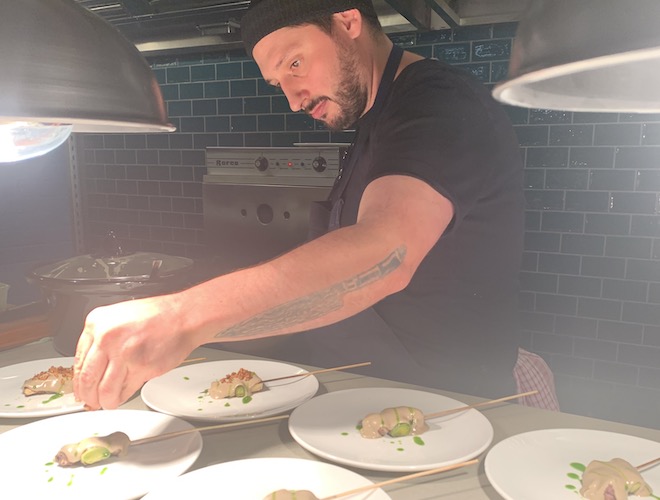 The deli will close in February to make way for Pizer’s new project Another Hand, which will see the chef take over a different unit on Deansgate Mews.

Confidentials were treated to a preview of the menu back in November when we were invited to an event by the Great Northern press team. Duck hearts were cooked over an open grill and dowsed with a chicken and mushroom velouté – the flavours of a chicken pie.

An official menu hasn’t been released yet but it will focus on seasonal, local produce. It won’t be meat-heavy either.

“The price of protein is just insane. So when we use it, we’ll use the whole animal.”

The team will work on menus day-to-day, focusing mainly on what’s available and what’s in season. Four seats will be set aside as a special ‘chef’s table’ where customers can enjoy small dishes and tasters straight from the kitchen that don’t make it to the main menu. 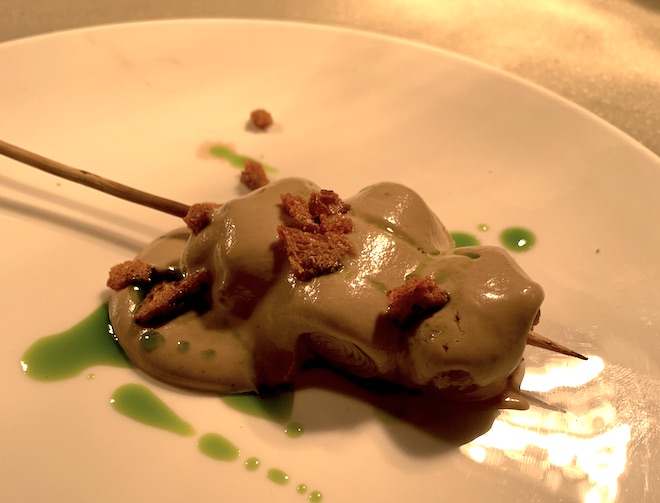 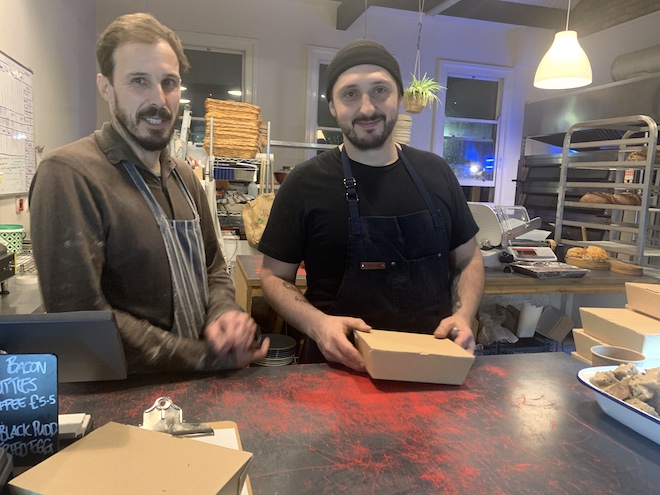 Fans of 3 Hands’ infamous toasties need not worry, as the serious sarnies will appear during the day at Another Hand – with brunch on the horizon too.

“We tried out a situation where we moved things around to fit more tables in to the original space, but in reality Danny needs his bakery back. So everything will move in to the restaurant.”

Another Hand will be open 8.30am – 3pm as a cafe with a full brunch menu including wild mushrooms on toast, a steak and egg toastie with beer mustard and “toffee stone fruits” served on brioche with ricotta, white chocolate and rosemary.

Toasties will be available from 10.30am including a revamped “ham and blue” with juniper-cured ham, Garstang blue cheese and walnuts and the new “lamb, mint and feta” creation with lamb pastrami, lamb merguez salami, minted peas and feta.

The restaurant will then start serving from 5pm.

Everything looks geared up for opening on Monday 14 February, with a new website for bookings on the way.