‘By the way, you’ve been eating ants’ – Restaurant review: Röski

ANTON Piotrowski has attracted a deal of drama since announcing himself to the world on TV’s Masterchef.

Some of that drama, like a marital split, was the kitchen sink variety; some, like the manner of his sudden departure from a Plymouth restaurant, the kitchen stove sort.

Mind you, he can dish it out, literally so, with food that has both excited and exasperated.

One starter, served to Devon diners on the backs of their hands, had Daily Mail readers apoplectic.

And here at Roski, the dead ants, among the scallop and celeriac, had us uncertain whether to call in the Scores On The Doors team or simply wonder what he would find next to spice up the parsnip puree.

Charming he may have been in Confidential’s exclusive chat with him last September, but Piotrowski doesn’t lack confidence. Cooking is, he says, “what I’m amazing at”.

My God, the man’s only been in Liverpool five minutes and he’s already turned the recipe for the city’s national dish, scouse, on its head and shaken it to pieces.

Even his Masterchef: The Professionals victory was not without controversy as, for the first and only time, the title was divided into two.

Piotrowski was gracious in joint victory with Keri Moss and subsequently substantiated his credentials at Devon’s Treby Arms pub, while he and then wife Clare were at the helm, earning a Michelin star after being told it could never happen.

Stress, depression, ill health and the rift in his marriage were said to be behind his shock departure in March last year, before a joint venture in Plymouth led to a similarly dramatic exit after falling out with his partners and being left “out on the street”.

If he was in the gutter, Piotrowski was still looking at the stars and now he’s hoping to bring a little of that Michelin sparkle to Liverpool.

His migration to the Mersey came after he “fell in love with the place and the people”, and one of those people in particular, girlfriend Rose, a native of his adopted city and front of house at Röski. 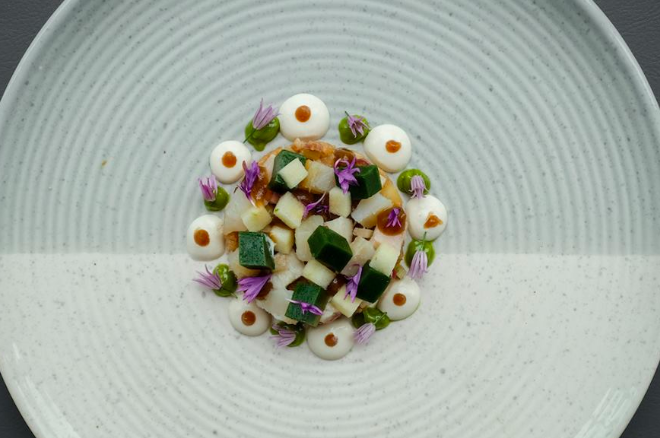 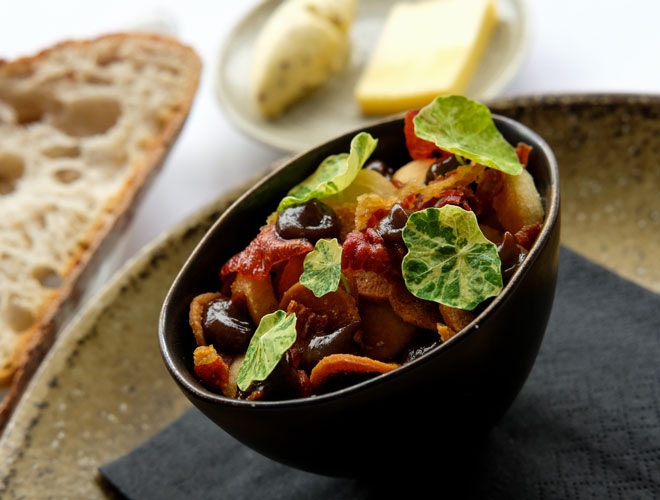 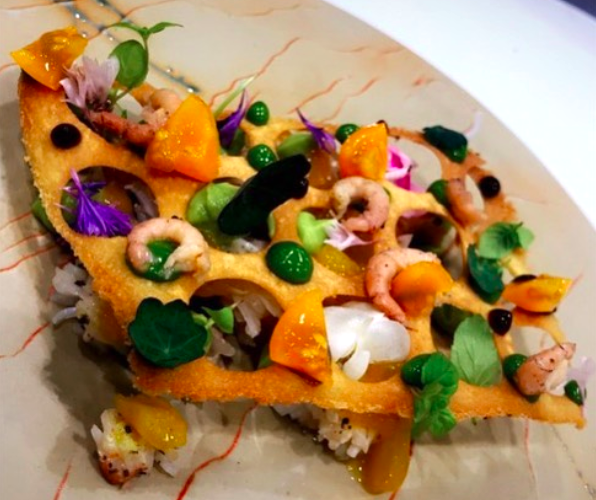 Perhaps it was kismet that the search for a central location coincided with Puschka’s much-loved owners Doug and Glen shutting up shop on Rodney Street after 16 years to pursue their dreams in France.

That allowed Piotrowski to live his own dream of a restaurant bearing his name. Actually, two names; if you hadn’t guessed already, Röski is an amalgam of his name and hers. A more egocentric chef might have insisted on “Skirös”.

Like the music – Sinatra, Aretha – it’s all very tasteful and restrained and then the food hits the table and the fireworks start.