WHAT a year it’s been for Lily’s. At the turn of 2019, the award-winning venue relocated from the original café across the road into a much bigger restaurant over twice the size. It’s reception area doubles as a dedicated deli area selling piles of brightly coloured Indian sweets and freshly made savories. A function room was added last November and now the place is going from strength to strength, gathering a whole heap of new visitors keen to discover why Ashton’s Vegetarian Indian restaurant is so popular.

We caught up with one of the owners, Parul Chauhani, who talked us through the ups and downs of the past twelve months and what led to their decision to expand.

Can you describe the original Lily’s restaurant?

Parul – “We began in smaller premises across the road over 10 years ago on the side of ASM, the cash & carry that we were also running at the time. It was more like a little cafe, take-away place. We had basic tables and the deli counter was there.”

Why did you open a cafe next to the market?

PV – “Mum (the eponymous Lily) had started everything a long time ago and when my nephew finished uni, he wanted to open a restaurant café. So we agreed to open it there, conveniently right next to ASM. We got a variety of chefs from different parts of India to make all the different foods we do, because we wanted it to be as authentic as it could be.”

Was there ever a question of the restaurant not being vegetarian?

PV – “No, never, because the whole family has been brought up vegetarian. From day one, when our mum cooked, everything was vegetarian.” 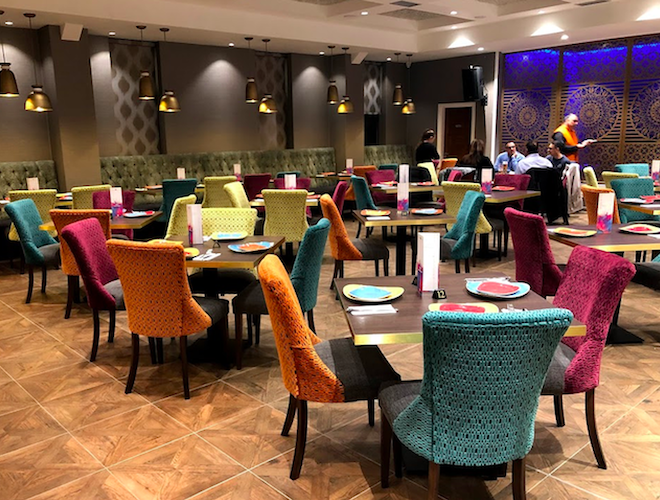 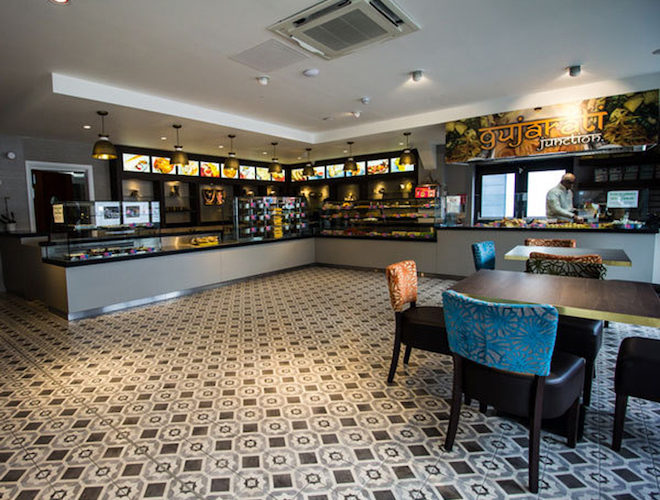 Did anyone advise you against that at the time?

PV – “We wouldn’t have even listened if they had. That was just the way we were from when we started in ‘72 and mum made those vegetarian dishes. It was something even non-vegetarians ate and enjoyed – that was the main thing. I know veganism is on the up now – but when we look back at the things we sold in the small Lily’s, a lot of it was vegan anyway. We’re even doing vegan paneer.”

Was it a surprise when Lily’s was reviewed in one of the national newspapers?

PV – “Yeah, we didn’t even know about it. We were also listed in The Good Food Guide. Once we started promoting ourselves on social media, we began getting reviews and I’d sit and reply to the comments. I didn’t really know what I was doing. That gave us a bit more awareness and then, thanks to word of mouth, people came and then brought more people along. We were asked to do quite a bit of catering as well for weddings and things – even for our English customers.”

Why did you make the decision to move and expand?

PV – “Obviously we were getting very busy over there and we knew we needed a bit more space. We had 36 seats in the old place and in this new restaurant can sit 80 or more. This used to be our social club and then my nephews, my brothers and my dad all decided it would be good to turn this into the restaurant. We wanted to maintain the family atmosphere because we had so many customers scared we were going to lose the personal service, so we had to bear that in mind. So now we have this larger restaurant and the social club next door.” 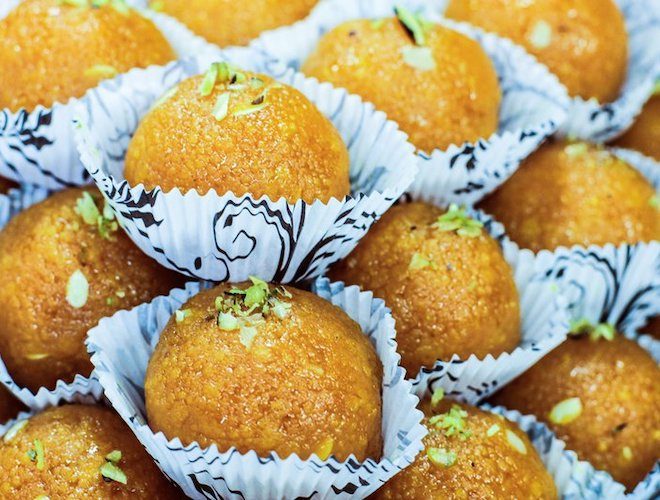 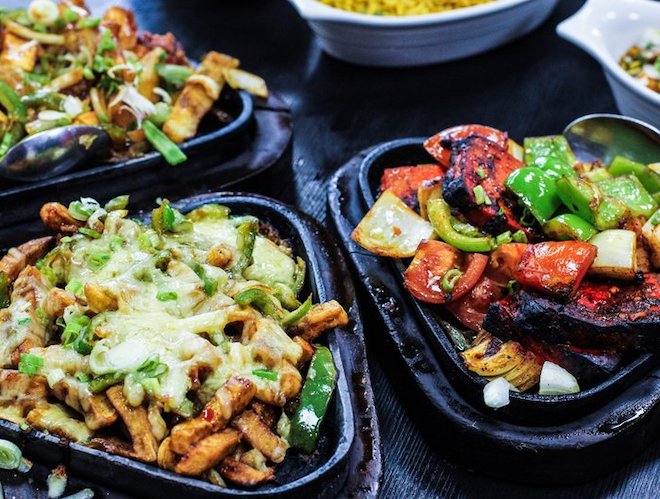 Were you ever worried that you’d made a mistake?

PV – “Never. My dad was such a positive person and he’s instilled that in all of us. He started ASM at the age of 50 and that was it. He always said if you’re going to do something, you go for it don’t look back. Unfortunately, he passed away before this new Lily’s opened, so he didn’t see it, but he always encouraged us to ‘just go for it.’ ”

It’s a real step up and it definitely has the feeling of a restaurant rather than a café. So does it all work exactly how you hoped it would?

PV – “Yes. Initially, there were a few teething problems because it was a big step up and we had new staff we had to train to be familiar with our new menu and how we wanted them to be with our customers. With the blessings from him above, we’ve been all right.

“We put a picture up of our recent first birthday party and we got a comment from one of our early customers congratulating us. She’d said she was scared when we told her we were going to move, worried that we were going to lose our family atmosphere, but instead, she said ‘you’ve increased your family.’ And that made sense. Sometimes we might not be there but we can trust our staff to look after the customers the same way we would.”

What were the main hurdles moving from across the road?

PV – “Obviously we had a lot of work to do and had to work very hard to get the place how we wanted. We kept moving the date until, in the end, we decided, no matter what, we’re opening and whatever’s not ready won’t be ready. And even then, we were here late at night just trying to get everything done with the builders.”

How has the last year been for you? Everything you wanted?

PV – “It has. It took us a good three or four months to get organised. I mean even now we’ve got so much we need to do to improve things, but I assume that’s the same for any business.”

“We change the menu every month, so there’s something different every time you come.”

Are there any particular highlights you can remember from the past year?

PV – “Winning the Manchester Food and Drink Award for best neighbourhood restaurant – that was definitely a highlight. It’s really been good overall. We’ve learned so much, working as a team. We’ve had some staff outings. We’ve done our Bollywood nights and comedy nights, which have all sold out. We’re going to do the canapés for the Tameside Mayor’s ball in February.”

Any low points? Obviously the Divali episode was a tricky moment, but ultimately didn’t that work out to be a positive thing?

(The swastika has been used to represent good fortune for centuries and is often placed over businesses and shops by Hindus who believe it will help them do well. It is also used when they begin a new project or new period in their life.)

PV – “We’ve had that symbol made with flowers every year since we opened the smaller place. It’s nothing new, so it was an obvious thing to display it here for Divali. It was mainly one person who kicked off a whole issue about it, but why should we take it down, we’re not doing anything wrong. It’s our symbol and we’re depicting it as part of our culture. We’re nowhere near right-wing, which is what some people associate the symbol with. We learned very quickly that the majority of people did seem to know that it’s an Indian symbol, which has been sabotaged.

“We called the police in because a guy came and ripped it off our front door – we saw on CCTV that he’d even filmed the whole thing. But we had another one, which we put up the next day. The BBC called us to talk about it on the television, so it gave us a chance to put people right.” 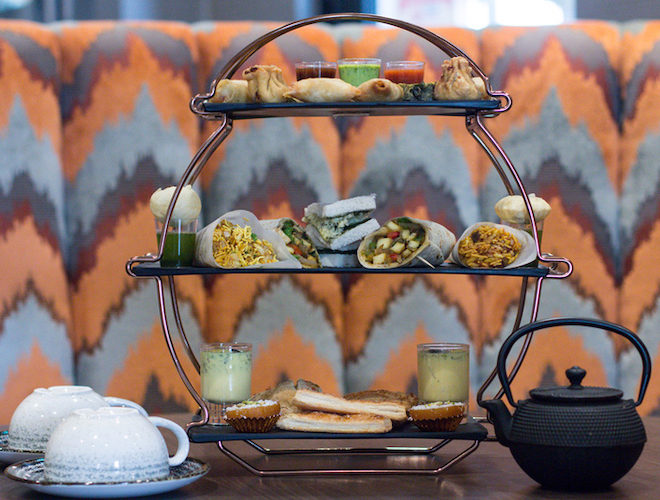 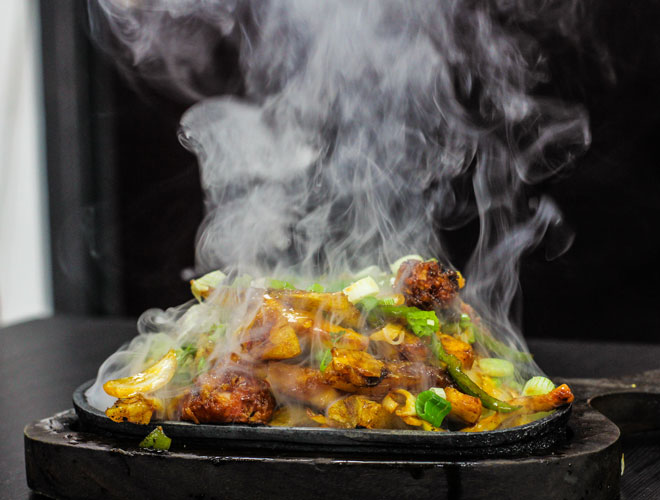 PV – “Really well. We sell lots of our traditional sweets and breakfast items but we might reduce the hours a little as we don’t need the deli side to open as late as the restaurant. Diners can always take some treats home.”

PV – “Oh yes, they’re doing brilliantly – we didn’t offer those at the smaller place. We change the menu every month, so there’s something different every time you come. Our bottom tray has three or four desserts, but the upper trays are all our bread items, the chaats and savoury items so people get such a variety and I think that’s what they love.”

What are your most popular dishes?

PV – “Our Indo-Chinese dishes are very popular, especially our sizzlers, people just love those. All our chaats, and the curries, which we make from fresh obviously. There’s such a difference in the taste.”

Do customers tell you how far they’ve travelled to visit Lily’s?

PV – “Oh yes, people travel from Liverpool, Hudderfield, and recently someone came up from London and said they were definitely going to come back. This is why we always recommend people book – we hate to have to turn people away if they’ve made such a special effort – especially on Friday and Saturday evenings, but sometimes we just can’t physically fit them in.”