Now the madness of Christmas and New Year is over, the restaurant world is back to business as usual. Chefs and restaurant teams from our Top 100 are launching exciting projects and events, winning coveted awards and raising eyebrows.

Read on to learn about a starry night in Cumbria, a new head chef at Rogan & Co, a special award for a young sommelier, new restaurants in the North from highly acclaimed chefs and controversy around the AA rosette scheme and 2021 guide.

“She’s an exciting new talent, and we feel she will be a shining ambassador for Sommellerie. Gérard would definitely have approved!”

Simon Rogan of L’Enclume has brought together a team of chefs from all the Michelin starred restaurants in Cumbria for a one-off event at Kendal College on 16th March 2020. The seven-course dinner will celebrate Cumbria’s now eight Michelin stars and is organised in collaboration with the Bocuse D’Or UK Academy and Bocuse D’Or Team UK of which Rogan is president.

The Bocuse d’Or is the world’s largest and most prestigious culinary competition and so far the UK has never won it. Chefs competing have just over five and a half hours to prepare two elaborate dishes – one meat, one fish – in a ‘culinary theatre’ in front of judges. Ian Musgrave of The Ritz in London will represent the UK this year.

The event at Kendal College aims to showcase the wealth of talent in Cumbria and raise money for the Bocuse d’Or Team UK and a study trip to Seville for culinary students of Kendal College. The team will consist of Ryan Blackburn (Old Stamp House), Ben Wilkinson (Cottage in the Wood), Richard Swale (Allium at Askham Hall), Hrishikesh Desai (Hrishi at Gilpin Hotel), Paul Leonard (Forest Side), Tom Barnes (Rogan & Co) and Paul Burgalières (L’Enclume). Tickets are £185 per person or £1,750 for a table of ten and include welcome drinks, snacks, a seven-course meal and wine. Email the events team to book. 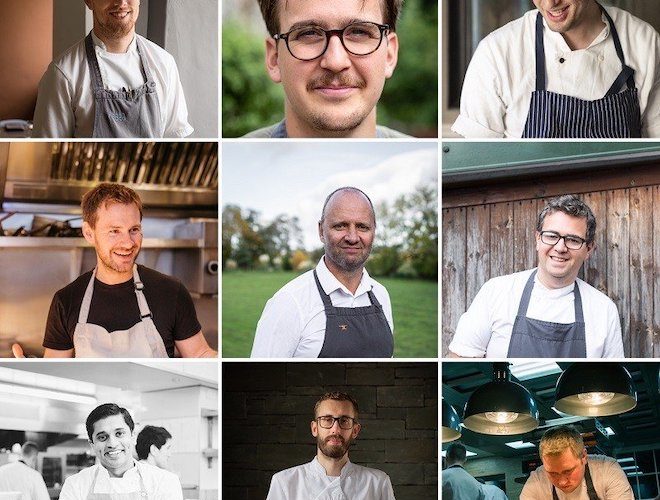 Chefs took to Twitter last week to share news that the AA is asking some restaurants to pay an annual fee of £180 in order to be included in its highly-regarded rosette scheme and restaurant guide. The AA was keen to clarify that only restaurants awarded one or two rosettes will have to pay, with those awarded three, four or five being exempt from the fee. The charge will apply to both existing rosette holders and newly awarded restaurants and only those who pay will be included in the 2021 guide, which is published this September.

The organisation, which already charges hotels and B&Bs for the honour, defended itself in a statement on social media saying that inspectors ‘pay their own bills’ and that the rosette plates provide a respected indication of excellence for discerning diners. It argued that the fee was necessary for the work it does to continue. In related news, Preston restaurant 263 at Winckley Square Hotel was awarded two AA rosettes in January – just 4 months after opening. It is the only restaurant in Preston to be honoured by the AA guide. 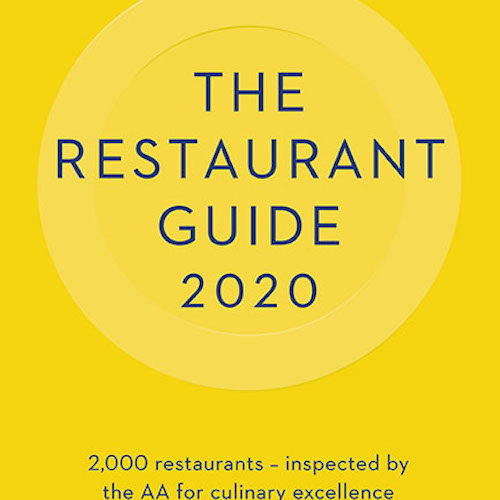 Liam Fitzpatrick is the new head chef at Rogan & Co. Fitzpatrick began working for Simon Rogan in 2014 when he joined the team at L’Enclume in the role of Chef de Partie. He became Sous Chef at Rogan & Co three years later. No stranger to the high-end kitchen, his previous roles include junior Sous Chef at The Box Tree in Ilkley and Senior Chef de Partie at London Carriage Works in Liverpool. He will work alongside executive chef Tom Barnes.

Rogan & Co is considered the more relaxed sister to L’Enclume, it was awarded a Michelin star in 2018 which it has maintained since. Its menus, which take full advantage of the Cumbrian larder, are regularly ‘reimagined’ so Fitzpatrick should have the opportunity to make them his own. 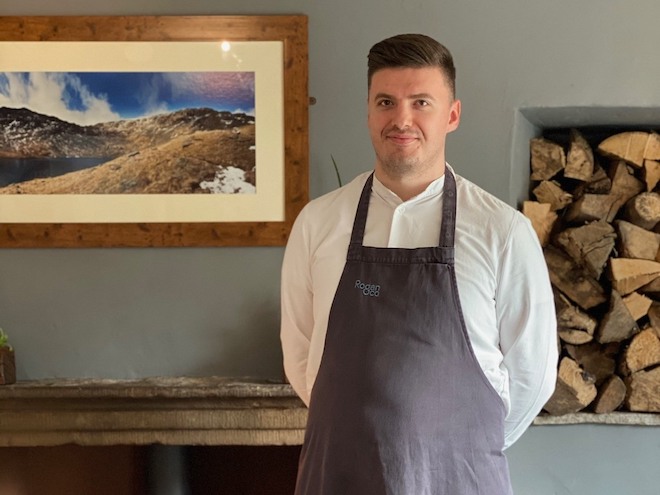 It’s all happening for team Rogan at the moment, L’Enclume sommelier Lise Donier-Meroz has been awarded a coveted £5k travel scholarship. The award was created to honour legend of the wine world Gerard Basset, who died last January. Basset was adored and respected in the wine world as the only person to hold the title of both Master of Wine and Master Sommelier and for his considerable work mentoring young sommeliers.

French native Donier-Meroz was mentored by head sommelier at L’Enclume, Pierre Brunelli, who achieved the prestigious Master Sommelier title last year. She says that her real passion for wine and travel came on a trip to South Africa, after her apprenticeship. She will use the bursary to travel as ecologically as possible around South America exploring wine giants Chile and Argentina but also lesser-known and up and coming regions such as Uruguay. Nina Basset said of Donier-Meroz, ‘She’s an exciting new talent, and we feel she will be a shining ambassador for Sommellerie. Gérard would definitely have approved!’ 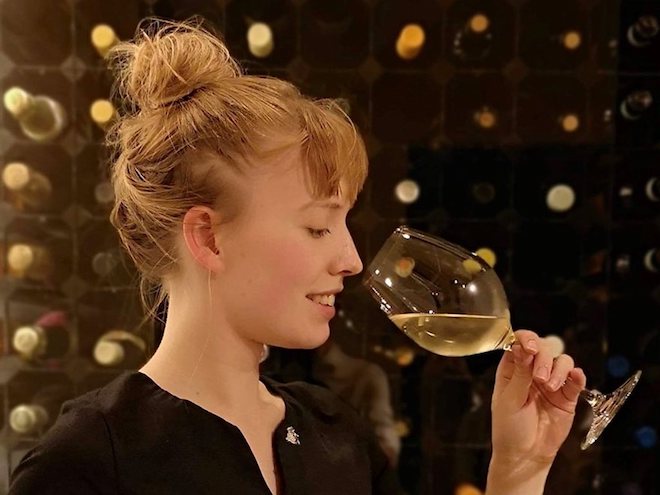 Finally, there are changes afoot for two of our top 100 restaurant chefs. Following the announcement that he would be closing his celebrated Restaurant MCR (formerly Manchester House), chef Aidan Byrne has revealed that his new venture will be an overhaul of Salford stalwart pub, The Black Friar. Rebuilt in 1866, the Black Friar is a Grade II listed building for which Byrne has grand plans, which will encompass its three floors and an added single level glazed building to the side. The first floor will house a 20-25 cover restaurant with a kitchen on the third floor. One to watch.

In the Lake District, Ryan Blackburn is also overhauling an old favourite with the news that he is to relaunch is casual dining spot, Kysty in Ambleside following the success of his Michelin starred Old Stamp House. Blackburn’s former sous chef Dan Hopkins will head the kitchen at Kysty with Laurentiu Bulprich, previously restaurant manager at Old Stamp House, handling FOH duties. With a new dining concept and updated interior promised, the refurbished venture will feature the same attention to detail as OSH but with a more casual feel. 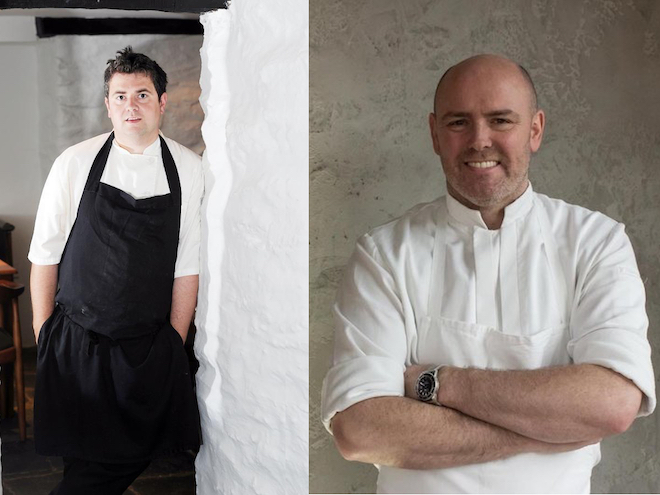