Paco Perez is a powerhouse chef with a total of six Michelin stars across his restaurants in Catalonia and Germany. The success of his world-famous beachside restaurant, Miramar, was born out of a love affair with both the place itself and a woman named Montse Serra – whose family owned it. That woman later became his wife.

It is clear on meeting Perez that he is a man still driven by a passion for creating wonderful food and an exceptional dining experience. He is warm and amiable as he talks to us in his Manchester restaurant, Tast. Just over a year old, the restaurant is co-owned by Manchester City football royalty Pep Guardiola and is one of the most exciting restaurants to open in the city in recent times. Its recent addition of Enxaneta on the top floor has really made jaws drop.

We caught up with him to talk about Michelin stars, nouvelle cuisine and the beautiful game.

You started your culinary journey in your family’s Tapas bar when you were 12, tell us a bit about those early kitchen experiences.

Is it still fun?

PP “Yes, because if not I wouldn’t still be in this business. It’s all day, all the time in the kitchen so if you’re not happy…”

You trained with the father of nouvelle cuisine Michel Guèrard, what is the most important thing you learned?

PP “I was very young when I started with him. I was 17 years old. At that time in Spain and in Catalonia the kitchen was not like in France. What I learned from nouvelle cuisine was the respect for the product. The amount of procedures that can be behind a dish, the organisation and the discipline that there is behind each dish when you produce a culinary experience like nouvelle cuisine. All that when I was 17 was very unknown in Spain so it was a big learning experience.”

How did you get the chance to do that at such a young age?

PP “Where I lived was very close to the French border. So at school, I studied French. I wanted to have an experience in another cuisine and going to France was something useful for me and was easier because there was not a language barrier. So, I decided to write a letter to Michel Guèrard to see if I could work there and I was accepted.” 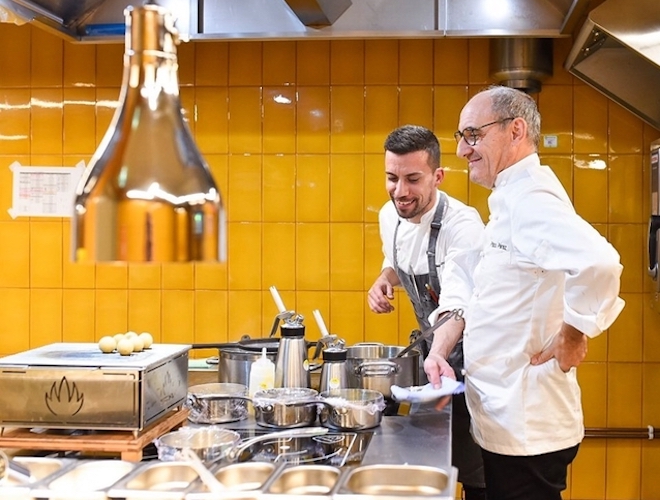 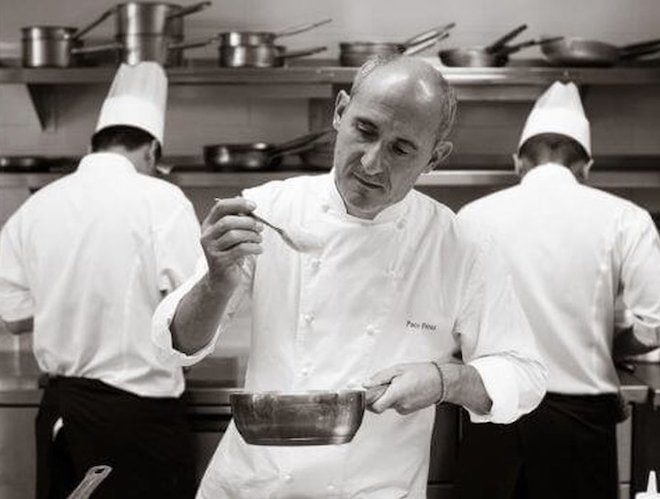 You hear stories like that quite a lot in the culinary world. It seems that it’s not necessarily a case of having the training and experience but if you show the passion and contact someone saying I really, really want to do this, it can work out well.

PP “At my restaurant Miramar, we come across these passionate young chefs that want to work in a restaurant but often we don’t have enough space. So even for trainees we have to say to them, sorry we have no space.  But anyway, they still come! All of a sudden they arrive here and we say ‘we said no’ and they say ‘I don’t care, I don’t want to be paid, I just want to be here’ and they just walk in and in the end you just have to take them because you see the passion and persistence they have and how can you not take someone like this?”

Not many careers have people banging on the door like that.

You have world-class restaurants in Catalonia and Berlin but Manchester is the first in the UK to your name. Why Manchester?

PP “It came because of the friendship I have with Sandra (Martorell – Tast Director), her husband Ferran (Soriano – CEO of Man City) and Pep (Guardiola – Manager of Man City). There was a prior friendship before doing this project. They had the idea of opening a restaurant in Manchester and that’s why they approached me because I was a friend and they wanted a Catalan chef. I couldn’t say no!”

Are you a Man City fan?

PP “I’m a Barcelona FC fan but at the moment my second team is obviously Man City.” 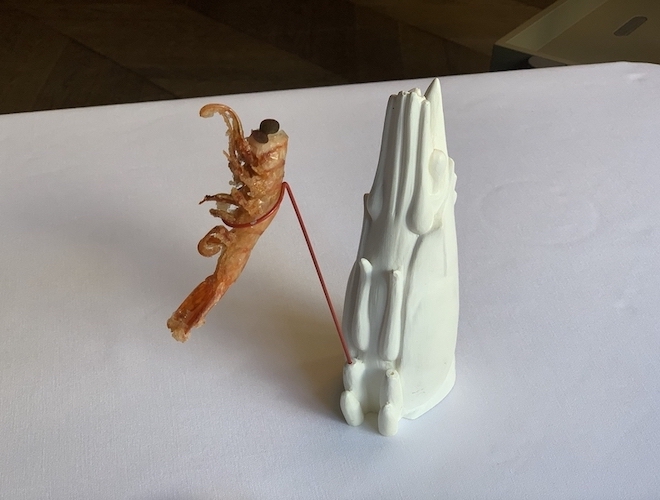 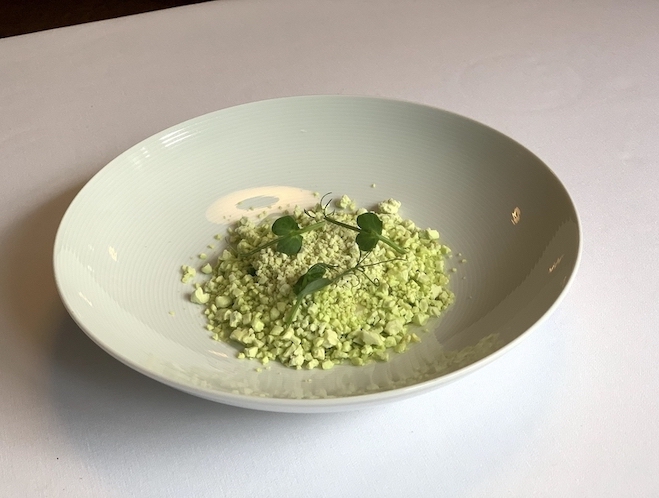 You were born in Huelva, Andalucia. Can you explain the difference between Andalusian and Catalan cuisine?

PP “I was born in Huelva yes, but my family moved when I was 6 months old. So the traditional cuisine I know is Catalan. Of course I know about the traditional dishes from Andalusia now because I’m a chef, but the cuisine of my roots is Catalan as I have really spent all my life there.”

How would you explain Catalan cuisine?

“The aim is always the same: To make people feel happy.”

Miquel Villacrosa is doing a fantastic job manning the kitchen at Tast. Is it difficult to let go and to trust someone with the weight of your reputation?

PP “Of course there is trust and it’s not difficult because Miquel was already working with me at my restaurant before we opened Tast. It becomes a family. It’s very difficult not to trust someone from your family. So at the end of the day, I am putting someone from my family at the head of this project which has my name but I have 100% trust. Miquel knows my philosophy very well.”

PP “The Michelin guide has existed for 100 years and it is a very well known and consistent guide. It’s very prestigious. Of course, to be in the guide is an amazing experience for the restaurants and we are very grateful for that. Everyone is very happy if that happens. I would compare it to the Oscars. Sometimes you have movies that you might like or not like but they get the Oscar. Michelin is the same. You can have a Michelin star, it doesn’t mean everyone will love your restaurant. Some people will like it. Some people not. But in the end, being awarded with a Michelin star or an Oscar is always a very special thing that chefs feel very proud of like actors feel very proud of. It’s a big recognition from a very prestigious and well-known guide. So it’s a good thing.” 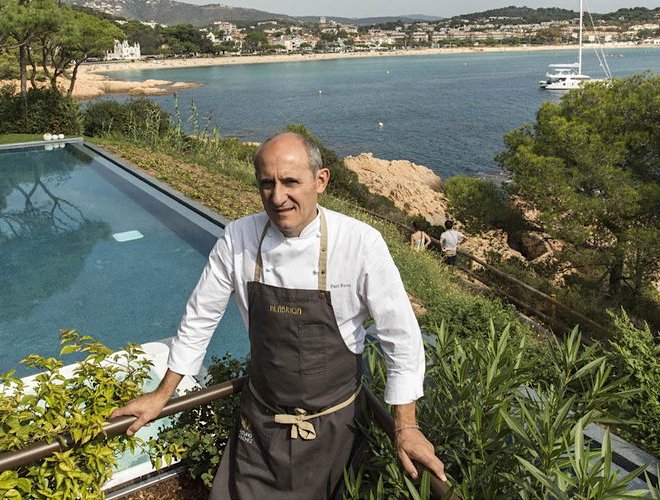 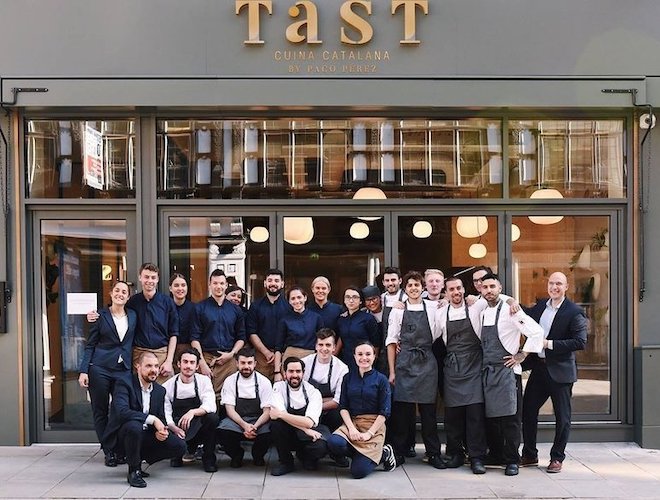 You have been doing this for a long time now and you have all these accolades, what inspires you and pushes you forwards these days?

PP “Nothing has really changed in all these years. The aim is always the same: To make people feel happy with the experience of coming to a restaurant and having a good time. This is the number one most important thing for me and what drives me to carry on every day.”

If you could only have one more meal, what would it be?

PP “That’s difficult! It would depend on the moment but it would probably be a product of the sea.”

What are you passionate about outside of cooking?

PP “Football. I used to play. I was almost 30 years old when I stopped. Only for pleasure, not professionally.”

Do you still play?

Your travels in places like Central America, Mexico and China have influenced your cooking. Is there a country and its cuisine that you are yet to explore but would like to?

PP “I’ve never been to Australia but I am going there next month. I am very interested to see what the food is like. Another type of cuisine that I don’t know anything about and is quite unknown is African cuisine and that would be interesting to explore.” 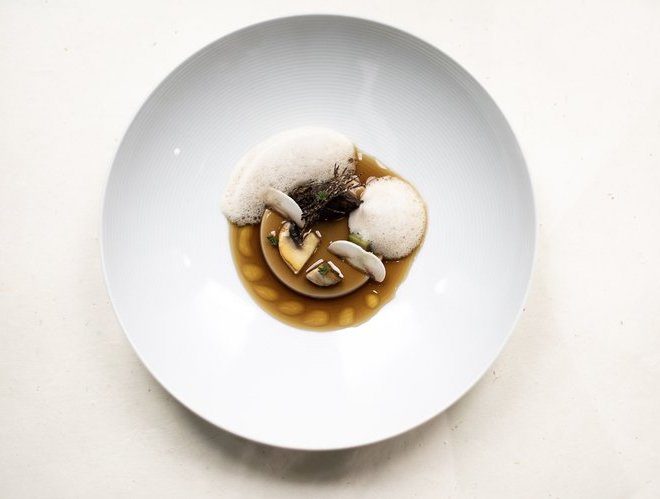 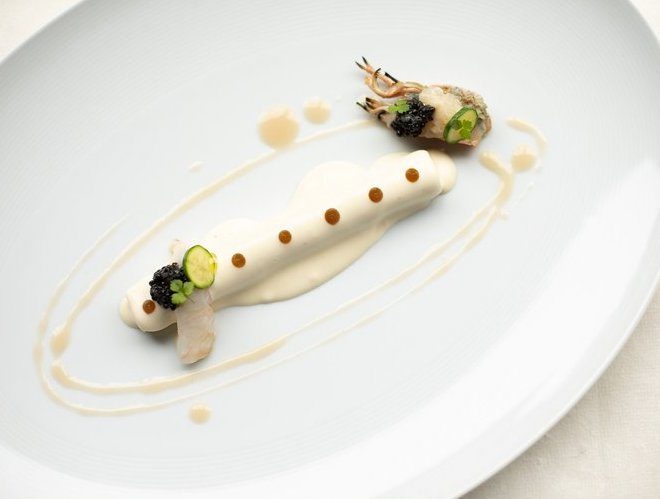 You have visited Manchester around once a month for the past year. What have you learned about the city?

PP “It rains a lot more than in Llançà. That’s number one! I feel that Tast has been very welcomed by the city and the people of Manchester. I have found a lot of friendly people. People who truly know good cuisine. They appreciate a bit more sophistication and the work behind each dish. But it’s the friendliness and warmth that the people in Manchester have for the project that I appreciate.”

What are your favourite restaurants in Manchester?

PP “Tast is number one, of course. But Mana is a good restaurant, Iberica is a good restaurant, Tapeo & Wine, El Gato Negro… What I’m seeing in Manchester right now is the amount of options that you have in the city is amazing. It’s incredible for such a city like Manchester, that’s not too big, to have so many styles and variety of restaurants. This is incredible for everyone, for the people but also for us in the restaurant business, to have so much choice of styles in the city.”

PP “I can never answer this question. I have many friends in the industry and any restaurant of my friends is my favourite restaurant.”

That diversity in Manchester is great for diners but can make opening a successful restaurant challenging. Why should people choose Tast when they want to eat out?

PP “Just that we are very pleased to be here in Manchester and to share our culture and cuisine with the people of the city.”