Autumn sees a bevy of announcements that have us looking forward to the first-rate food we might eat in 2020. As the seasons change, there are changes in the restaurant world too.

Read on to learn about the newest Master Sommelier in the UK, The Good Food Guide 2020 honouring more of our favourite restaurants in the North, Northcote’s announcement of the drool-worthy calendar of events that is Obsession 2020 and a new opening from the team behind one of our Top 100 restaurants as well as news of the sale of one of our top ten.

“The candidate is required to taste six wines completely blind and identify grape varieties, country, district of origin and vintage”

Northerners in the Good Food Guide 2020

THE 2020 edition of the Waitrose Good Food Guide has announced this year’s top restaurants and award winners. Published on Thursday 12th September, The Guide announces its Top 50 restaurants made up of the highest scoring establishments and celebrating brilliant, innovative and consistent cooking and world-class service.

Chef Simon Rogan’s L’Enclume in Cumbria makes a triumphant return to the number one spot after temporarily dropping to second place in 2018.  Moor Hall continues to move up and up, making it into the top ten this year, up six places from No.11 to No.5. Stockport’s Where The Light Gets In, The Man Behind The Curtain in Leeds and The Black Swan at Oldstead in Yorkshire all enter the top 50 for the first time.

Fraiche in Merseyside remains in the top 20, moving down one place from No.19 last year, while Forest Side in Cumbria maintains at no.27 and Adam Reid at The French moves up two spots to No.11. Lake Road Kitchen, Ambleside makes the biggest jump, going from No.45 to No.26 while Simon Radley at the Chester Grosvenor, Cheshire – a new entry at No.36 last year – slips out of the top 50 again for now. 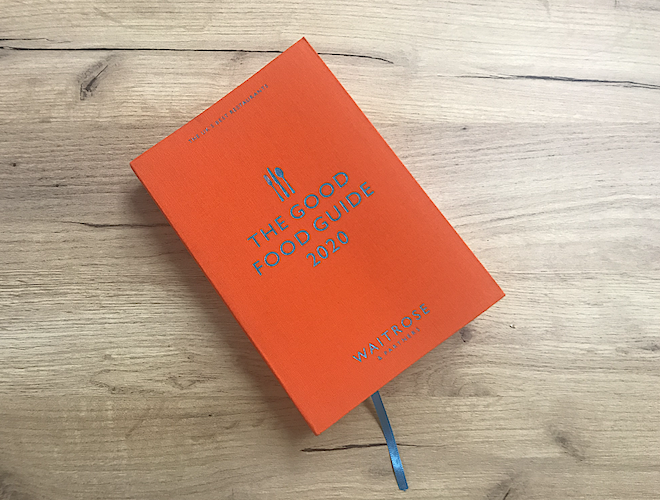 THE founders of renowned Liverpool restaurants Belzan and Volpi, together with the folk behind London’s popular Breddos Tacos, have announced they are to open a new collaborative Mexican taqueria, MADRE, at Royal Albert Dock in November.

MADRE will be a taqueria inspired by the food culture of Mexico City, a place Breddos founders Nud Dudhia, Chris Edwards and Sam Grainger have visited countless times over the last 15 years. The five directors of Breddos, Belzan, Filter & Fox and now Madre, have a combined 35 years’ experience in the food and drink industry. Speaking about the new restaurant, co-founder, Nud Dudhia said, “After years of trading in London we’re super excited to collaborate with some Liverpool legends and create something entirely new and exciting for the city.”

Lunch will feature authentic tacos such as Iberico pork al pastor, Jalisco style shrimp and beef short rib birria with black pudding mole. The evening menu will include larger sharing dishes to be eaten family-style, such as half a pig’s head chicharron, butterflied sea-bass divorcioados and hogget barbacoa. MADRE will open at the Royal Albert Dock Liverpool’s Atlantic Pavillion, visit the website for further updates. 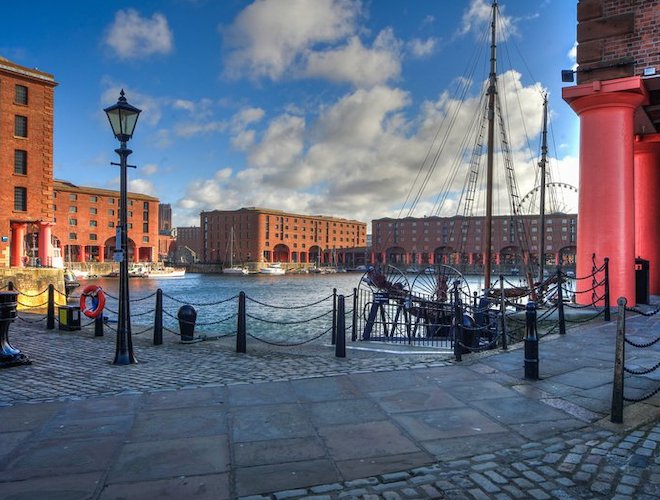 Simon Rogan has announced that Pierre Brunelli, operations manager of L’Enclume and Rogan & Co, has received the prestigious Master Sommelier Diploma. Having taken the final exam in Austria earlier this year Pierre was awarded his Master Sommelier in August. The process of achieving this status is notoriously gruelling. Pierre is now one of only 262 people in the world – and only three UK candidates, to hold the title.

Master Sommelier is the highest diploma awarded by the Court of Master Sommeliers. Pierre completed theory, tasting and practical exams. For the practical exam, he was required to taste six wines completely blind and identify grape varieties, country, district of origin and vintage. Originally from France, 30-year-old Pierre has worked as part of the Simon Rogan group for more than four years having previously held positions at The Greenhouse in London and The Fat Duck in Bray. His journey towards becoming a Master Sommelier began in 2015 and was completed this year after five previous attempts. Hats off to him.

Pierre said, “It has been an amazing journey and I have been lucky enough to meet so many great people with the same passion for all things wine along the way. The team at L’Enclume have been incredibly supportive and I can’t wait to see what comes next for me!” 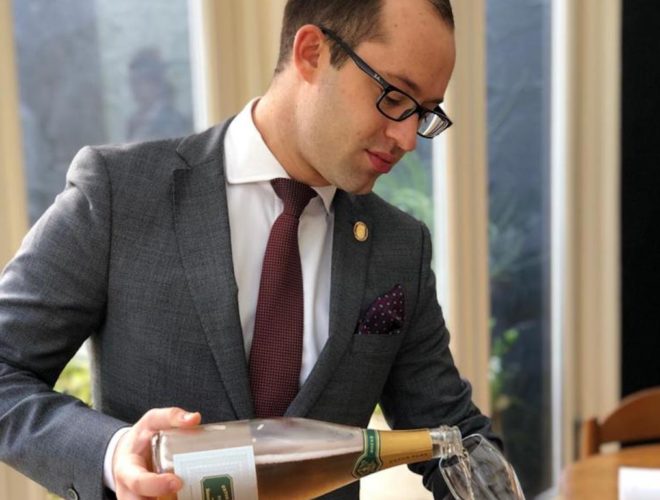 The line-up for Obsession 2020 has been announced

NORTHCOTE has announced the line-up for its annual Obsession event. Created by the hotel’s founders Nigel Haworth and Craig Bancroft in 2001, Obsession continues to be a celebration of the best talent in the culinary world. The award-winning restaurant has held a Michelin star for 22 consecutive years. In keeping with its stellar reputation, guest chefs from top restaurants all over the world, with a total of 24 Michelin stars between them, have been invited to cook at the restaurant.

This year household names like Rick Stein, Brian Turner, Ken Hom and James Martin will take over the kitchen with some chefs teaming up in twos and threes. Sat Bains from his eponymous two-star Nottingham restaurant and Angela Hartnett from the one-star Murano will also participate along with Euro stars like Jacob Jan Boerma from the three-star Restaurant De Leest in the Netherlands and Dieter Koschina from Vila Joya in The Algarve.  The event kicks off with a special menu from Northcote’s executive chef Lisa Goodwin-Allen on January 24th and runs until Sunday 9th February 2020.

Tickets cost from £150 per person including Louis Roederer Champagne and canape reception, five-course menu and coffee and petit fours. 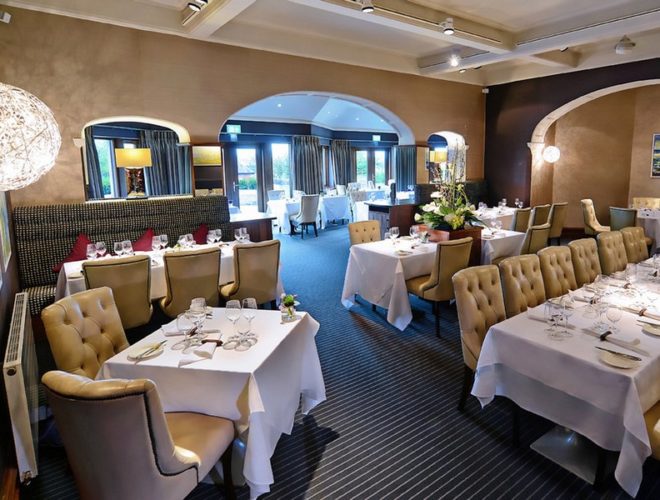 The Box Tree is up for sale

The Box Tree in Ilkley, currently at number 8 in our Top 100 Restaurants in the North, is up for sale after 15 years at the helm for current owners Simon and Rena Gueller. The pair have recently put some investment into heavily refurbishing the restaurant and kitchen. A popular dining destination for over 50 years, The Box Tree has gained numerous accolades including the Michelin star which it most recently held for 14 years but lost in 2019. Former notable chefs include Michael Truelove, Edward Denny and Marco Pierre White who started there in his teens.

The Guellers said, “After over 35 years in the Yorkshire restaurant scene we are looking forward to taking some time to spend with our family and some well-earned holidays. With a new grandchild on the way, we felt now was the right time to engage Christie & Co to find the right person to take the business forward. We are very excited to see how the Box Tree and the events side of the business progress and we are happy to support the transition in any way.” 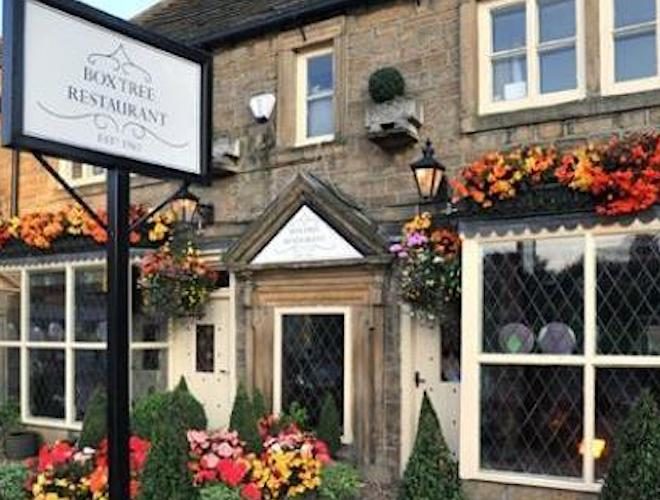