Tom Parker has had an astonishing career so far. At sixteen he bagged a job at Nigel Haworth’s Northcote Manor, scooping Young Chef of the Year in 2011 and becoming the restaurant’s youngest ever sous chef at just 21.

A couple of years later, having taken the reins at The White Swan in Fence, his culinary prowess earned him high praise from local and national critics, while a stint on the BBC’s Great British Menu further raised his profile.

In October 2018, Parker casually landed the ultimate prize, a Michelin star, one of only three in the Lancashire area.

First of all, congratulations on being awarded your shiny new Michelin Star. It must have been a thrill. Have you managed to get any sleep since then?

TP: “Yeah lots, you’d be surprised. It’s just mental. It’s not something we thought we were going to get really until a couple of days before. We weren’t physically trying to get it, if you will. We weren’t saying, ‘This is the year we’re going to get it’. It’s just been a lot of work, and getting your head down. I mean, it’s banging for the area. It’s Burnley for God’s sake. We’re not in a posh area; we’re in a little village, in Fence. Literally five minutes from Burnley, which is not the nicest area in the world so it’s pretty remarkable. Five years ago, before I started here, we were just a little boozer. Locals were kicking off with me for taking curtains down and stuff like that. It’s been a remarkable change really.”

Have they let you off now then, let you make the changes you want?

TP: “You’d be surprised. We probably lost about 100 regulars in the first year, just drinkers-wise. We were a lot more food based and we’d hear, ‘Oh, they’re doing all this food and it’s really expensive.’ We lost quite a few.”

Has winning the star changed the way you work at all?

TP: “No not really. I mean we’re only a very small team, there’s only me and three other full-timers in the kitchen. So we just all get our heads down really. It’s like, last night we did 40 covers and there are only three of us, that’s including the pot wash. We don’t have the staff instruction that most Michelin star restaurants will have. So it’s just that everyone gets their head down and I’m always here. But I always have been here. It’s cute really, in a way.”

TP: “Yeah it is. We’ve had the same team for front and house and kitchen for going on four years now. We might have lost one or two along the way but we’ve kept it very tight and small and only employed people you know you can get on with. We haven’t had a high turnover of staff.”

What are our chances of booking a table at your place in the near future?

TP: “Saturday night’s obviously full until god knows when. Friday night’s similar but you can still get in during the week, lunch and stuff like that.” 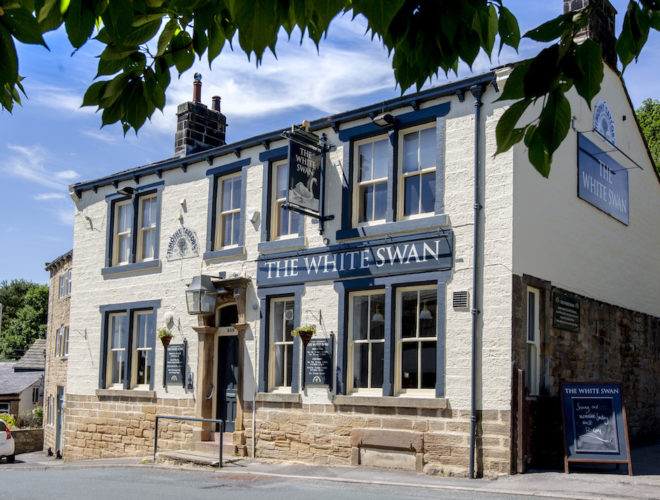 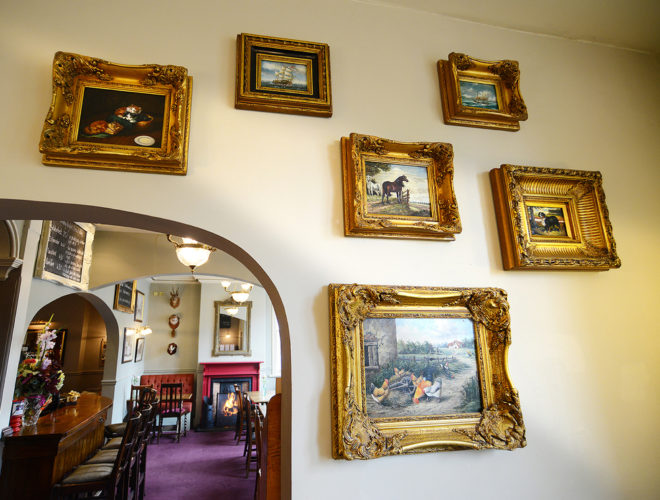 You started your career at Northcote, who have held onto their Michelin Star for 23 years now. How did your time working there shape you as a chef?

TP: “Nigel and Lisa taught me an awful lot. I was there for seven years. I was sous chef when I left. They put a mentality into you where you have to work and they just teach you along the way. It’s how much you can pick up from them as well, I think. How much you soak up. There are a lot of people who come in and just don’t really want to know and they don’t last there. But I think Northcote massively shaped who I am. He drills it into you from a young age, Mr Haworth, in a good way. I’m still good friends with him. I still help him out. He still comes and cooks nights here and I do events with him. We’re still good friends.”

You also appeared on BBC Two’s Great British Menu. How was that?

TP: “Horrible. I hated it. Keep me away from TV cameras and I’m happy. It’s not for me. I’m happy in a small kitchen. I don’t want to be on TV. I’ve got absolutely zero ambition to be in front of a TV camera ever again in my life. I’m not joking either. I cannot stand it. You’d burn something and they’d make you burn it again. I can’t stand the thing, awful. But it was good for business.

On your website, you boast that you have no social life. How true is that and is there anything you wish you had more time for?

TP: “It’s pretty much true yeah. I play a bit of golf, but that’s about it, I get to the driving range in the afternoon sometimes.”

You start putting 25 things on a dish and you wouldn’t have any stove space left by the first check, you’d be f**ked!

We’ve heard that it was your Nan’s hand-written recipes that inspired you to start cooking. What tricks did you learn from her and which of her recipes were your favourites when you were a kid?

TP: “My Nan was a very good cook. She made a mean chicken broth. You can’t beat a bit of chicken broth can you? I mean she was just a household cook, very good at puddings and stuff like that. But she was all well done meat and no garlic. There’s only so much you can learn from her if you’re trying to do this sort of food really.”

Nostalgia seems to play a big part in the inspiration for your menus.

TP: “Yeah we do have old style dishes, we’ve got Black Forest on at the moment, which is obviously based on a black forest gateau but a very modern way of doing it. So we do have old dishes on like that. We sort of bring them back around and reinterpret them. It’s mainly desserts because there are some absolutely classic desserts, which we try and give a new lease of life to.”

What inspires you at the moment?

TP: “We just work on what’s around. We don’t have a set menu so we don’t have to do six different starters or anything like that. We only have three choices. It’s very simple. So we just speak to people: Speak to the fish guys, Giles up in Clitheroe, see what he’s got. Speak to the veg people. Just see what’s good. It’s just a few things on a plate plus a sauce and off you go really. It is all about ingredients. If you get good stuff, you don’t have to do an awful lot with it. If you get a good piece of sea bass or turbot you just put it in a pan, cook it well, a good sauce and it’s awesome innit? Let’s not piss around with it. We don’t have the staff to start doing 25 things on a plate. We’ve got one stove. I do all the cooking, someone else plates up. We’re so small. You start putting 25 things on a dish and you wouldn’t have any stove space left by the first check, you’d be fucked!”

You’re not even 30 and you have won numerous awards, been on TV and bagged that Michelin Star already. Where on earth do you go from here?

TP: “No that’s it, I’m happy! Honestly, I don’t think about it too much. I’m just more of a get my head down, day-to-day sort of guy. Whatever happens happens. I just work. I like working. I’m a bit of an idiot like that. I just relax and cook some food, I’m more than happy with it. It’s not that I don’t have ambition. It’s just that I’m just quite relaxed and chilled out. Let’s just be happy for a while, have a good time, and run around like idiots in a kitchen.”

And lastly, where are your favourite places to eat in the North West?

TP: “La Locanda up in Gisburn, It’s a little Italian over in Gisburn, but a proper Italian, Tuscan food. It’s really cool. Only Italian wines. It’s just two brilliant people. She’s awesome, the front of house girl, big mama, absolutely incredible. I don’t really get out a lot to be fair. I go to Manchester now and again but I just go to gran’s really if I go to Manchester. I’ve eaten at Wood, I know Simon and Mike quite well there.