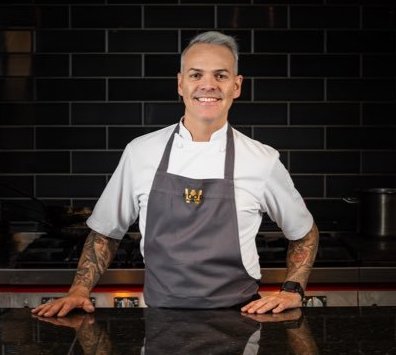 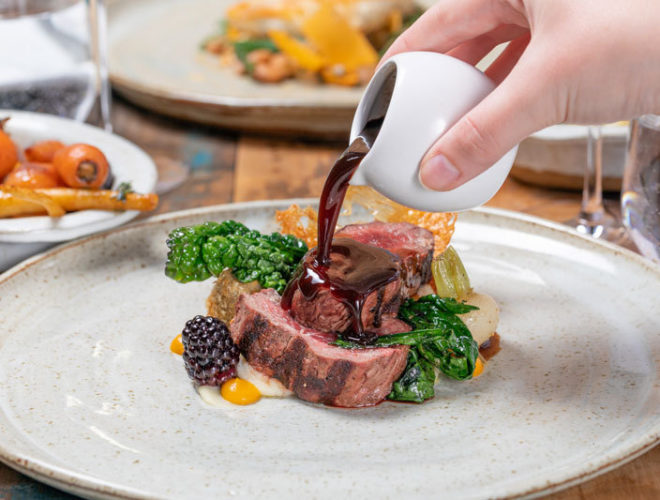 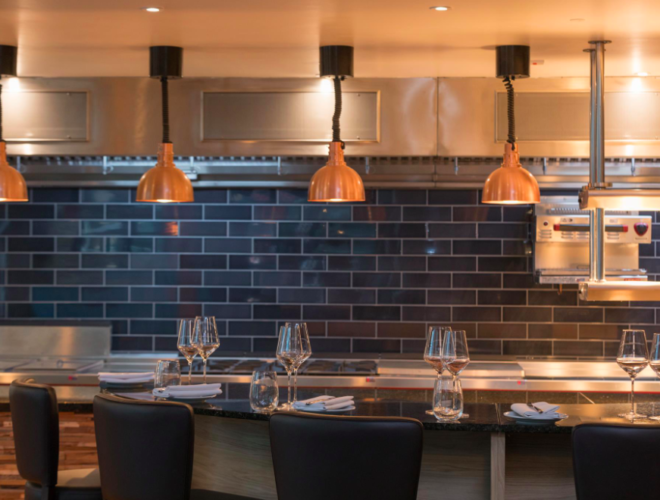 Simon Wood was just a sapling when he discovered his passion for cooking. Winning a competition at eight years old to become anything he wanted for a day, young Wood chose to be a chef. Three decades later and the Chadderton lad, now a data manager, found himself on TV in front of millions of viewers, lifting the Masterchef Champion 2015 trophy.

A position as exec chef of Oldham Athletic, his boyhood football club, soon followed. In August 2017 he launched his debut fine dining restaurant, WOOD, in Manchester’s First Street, followed by a cookbook, At Home with Simon Wood – Fine Dining Made Simple.

Since then Simon has announced the opening of a second WOOD, this time in Chester, and a sister concept, WOODKRAFT, opening in Cheltenham.

It feels as though WOOD has really hit its stride, has opening your first restaurant been harder than you imagined?

SW: “Honestly, I never imagined it would not be hard. I expected it to be tiring, challenging, physically demanding, stressful and brilliant… and it is, and then some. We’ve taken a brand new concept and watched it grow. Every business wants to be successful, as a restauranteur, a businessman and a chef I am no different. I have a simple rule for myself: never settle, always push for more, strive for excellence in all you do. Considering how WOOD has grown I think I’m hitting that brief. I’m determined and I will continue to do just that.”

Have you been surprised by the amount of ‘other stuff’ involved in running a restaurant, the stuff away from the stove? We see you’ve recently been battling thieves…

SW: “Ahh the other stuff, attempted break ins, vandalism, know-it-alls and down-right chancers, like the company that wanted to charge me £9000 for a doormat… That aside, I now feel that I have a fantastic team around me and a good working relationship with everyone in it. Everyone is different individually, but I’m a good man manager as long as you want to be better than you were yesterday, have a good work ethic and are rowing in the same direction as the way my ship is going, then you’ll have a great time working at WOOD. You have to trust your team. If you have a good one, the “Other Stuff” is just day-to-day and you get through it together.”

“I’m not a chain restaurant fan, but there’s no reason a successful business model can’t be rolled out…”

WOOD is unashamedly a fine dining restaurant, with starters, mains, desserts and sides. Is sequential dining making a comeback, do people want to order their own meals again?

SW: “I think it’s a balance of knowing your location and your clientele, and being true to yourself and your style; we do offer a la carte, tasting menus and a set menu. I’ve been privileged enough to eat at several Michelin-starred restaurants in the past twelve months where I’ve watched and learned, rather than just had a jolly. I’ve taken things from the experience, found inspiration and tried to put a WOOD take on it. For example, each diner at WOOD gets snacks on arrival, no matter which menu they’ve ordered. That is followed by bread and butter and after that the customer’s dining journey is tailored to their menu; a two or three course set menu can easily become a four or five course eating experience, or even more.”

Speaking of sharing, you’re very lively on social media. How important a tool is it for getting bums on seats?

SW: “I think I’m just honest on there, I try not to be rude. I’m humble and grateful for my position, but at the same time I can be frank and occasionally straight to the point. As far as a bums on seats tool I think it’s a critical part of any business. There are a lot of different approaches to social media and businesses that offer these services, but I like to keep mine quite succinct and work with a few specialists in this field. I find this gives me the results that I want for my business.”

You’ve recently announced openings in Chester and as far as Cheltenham. With chain restaurants taking such a beating right now, does the idea of over-stretching trouble you? How many WOODs is too many?

SW: “How much WOOD is too much? First of all, you have to understand the concepts. WOODKRAFT in Cheltenham is a different beast to that of WOOD Restaurants; it’s a day time ‘Artisan Eatery’ offering everyday food for everyday people. I design the menus and train the team there, and like at WOOD Manchester I have a strong team ready to implement it. I will be there to oversee and occasionally in the kitchen, but primarily WOOD Manchester is the flagship and that’s where I will be on the stove five days a week.

“Next comes WOOD Chester, an exact replica of WOOD Manchester, from the concept to the ethos, service standards and menus. WOOD Chester staff will be hand-picked by myself and my team and trained at WOOD Manchester. I’ll also be actively involved and on the stove in Chester.

“I’m not a chain restaurant fan, but there’s no reason a successful business model can’t be rolled out in a controlled manner so that more and more people can enjoy it. The key is control, and with my hand-picked team and thr way I approach things, I know that I’m strong in that area.”

Lastly, where are you favourite places to eat in the North West?

“Apart from WOOD, I’ve eaten at some great places this year: Northcote, The White Swan at Fence, Moor Hall, Restaurant Sat Bains, The Ledbury, Simpsons… although those last few aren’t North West. All were excellent and very different in their own right. As a diner you want to go somewhere and know that the chef, their kitchen and front of house team are as passionate and care as much as you do. For me, if that box is ticked, there’s no doubt you’ll have great time.