‘The real thrill is the price’ – The Old Stamp House, Ambleside, reviewed

BASED in William Wordsworth’s former offices in Ambleside, local lad Ryan Blackburn doesn’t make as much noise as some of the other chefs in the area – which is perhaps why The Old Stamp House hasn’t been high on my list until now.

His website doesn’t mention the fact that he won a Michelin star in October 2019 (I would literally be shouting this at people in the street). Or that he trained at other, famous Lakes kitchens including Holbeck Ghyll and The Cottage in the Woods.

Instead, the menu is all about local produce.

“Blackburn is brilliant at everything, but textural, often crisp details are a particular skill”

Herdwick hogget, wild, Cumbrian hare, gingerbread, and forced Yorkshire rhubarb. Drinks producers such as Kendal’s Zingi Bear get a look in too – and their bitter lemon-meets-ginger ‘switchel’, £5.50, is zest in a bottle.But the real thrill is the price. Enjoy a two or three-course lunch menu for £24.50 or £29.50 including all the bells and whistles that Michelin demand.

First impressions are fantastic. Mackerel pate is served in a crisp ‘tube’, with a sweet beetroot meringue kiss filled with horseradish on the side. Smooth yet bold flavour pairings span the menu; pickled redcurrant and hare, arctic char with spiced mead (both starters) and duck with crisp straws of salsify. I crunch curiously through mine, unable to place the oyster-ish tones. 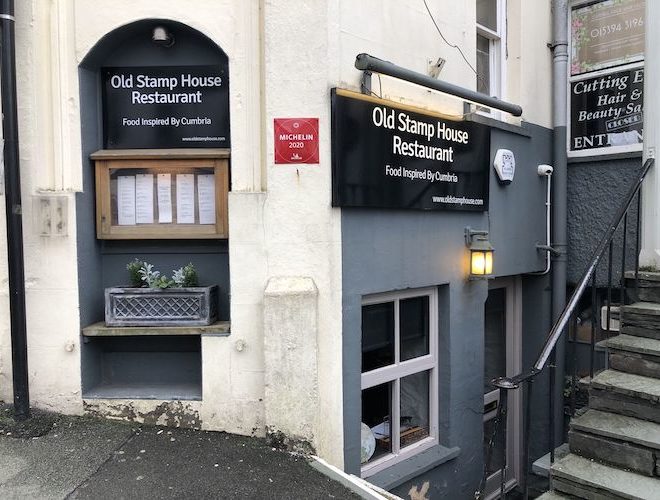 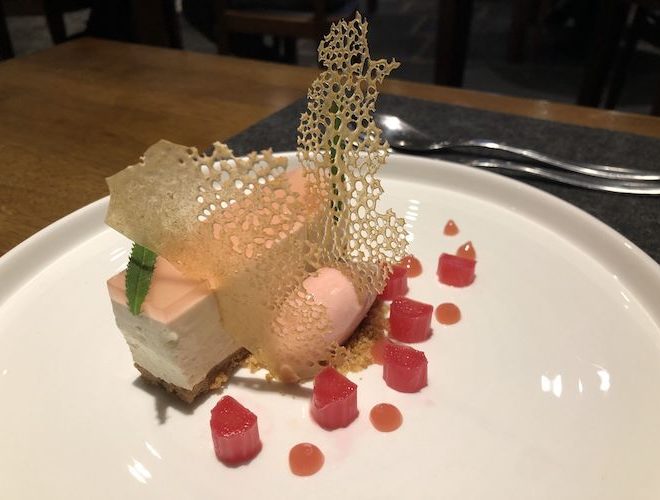 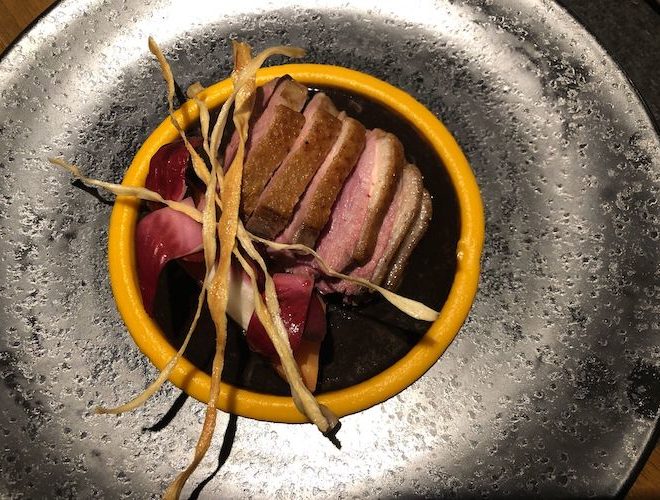 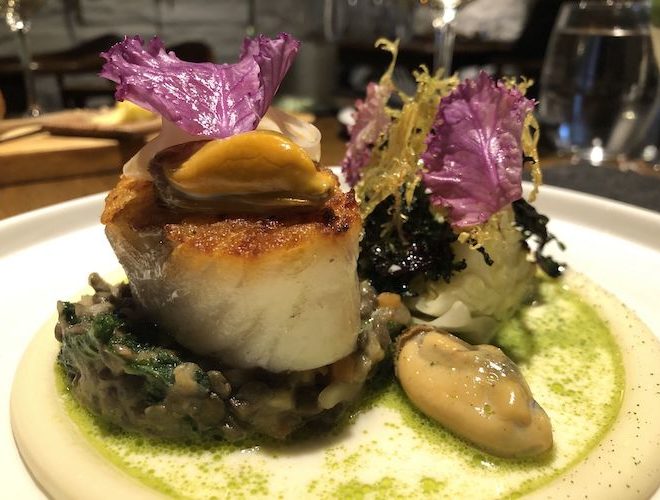 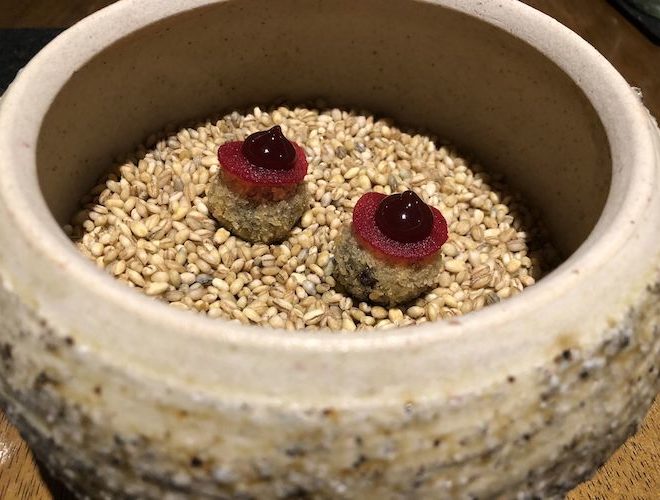 Blackburn is brilliant at everything, but textural, often crisp details are a particular skill. The majestic cod (just look at the picture – I can’t believe this is a £19.50 main) comes topped with plump, gold and caramel-coloured mussels from Barrow or Whitehaven, and ‘coral’ branches, made from deep-fried kale. A bridal veil of spun sugar crowns the gingerbread-based cheesecake while chocolate delice is topped with billowing malt sails. It’s like Blackburn can’t help but add the kind of detail Michelin inspectors love, yet they feel natural rather than fancy add ons.