LET’s begin with what Gordo didn’t like about Moor Hall. Not much. Though that Hen of the Woods is an evil little sod. It’s a mushroom normally “foraged” by new-age fellas with scraggly red beards, bad acne and holes in their underpants.

This abomination was partnered with a slab of roast chicken breast which winked at Gordo. Placed in front of Grumpy’s wing woman, Deanna Thomas, it seemed to be trying to distance itself from the mushroom. It was moist, cooked to the French point and not massacred by dry heat.

The skin was crisp, with chickeny fat that had been encouraged to gently seep away. Flavour was left draped over the plump juicy meat like a black silky negligee across the perfect, pale breasts of a Swedish movie actress.

Maud Adams, stepping out of Octopussy, had caressed Gordo’s cheek and whispered sweet nothings into his ear… then that fucking hen burst onto the scene like one of Roger Moore’s eyebrows.

…a nose that reminded Fatty of passing the McVities biscuit factory on Stockport Road, on his way to see his Gran

Even if the food here had been unremarkable, this place would surely be busy on location alone. A large, Grade II-listed manor house in Aughton, near Ormskirk, it’s in acres of ground that will shortly boast its own dairy (seems Birchall doesn’t like other people churning his butter). His backers and co-owners, the Bells, have certainly not scrimped on the investment.

Some would argue that Birchall was the man responsible for winning and maintaining the second star at L’Enclume.

Having trained at the three star El Celler de Can Roca in Girona (twice voted the best restaurant in the world), he went on to win the prestigious Roux scholarship in 2011. The Roca brothers have had a big impact on Mark Birchall and Moor Hall is benefiting from the experience. 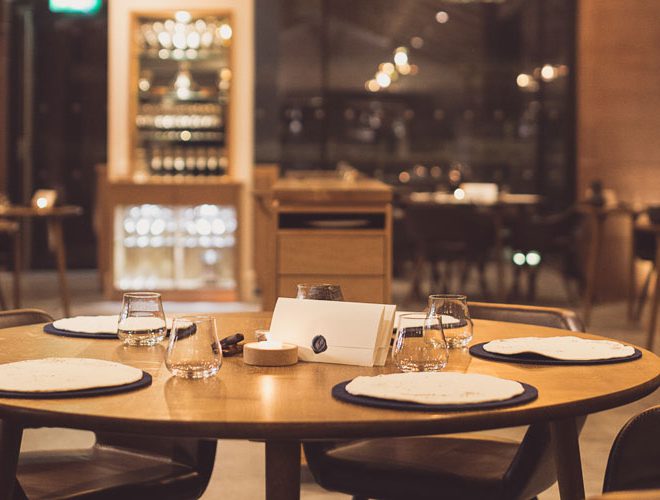 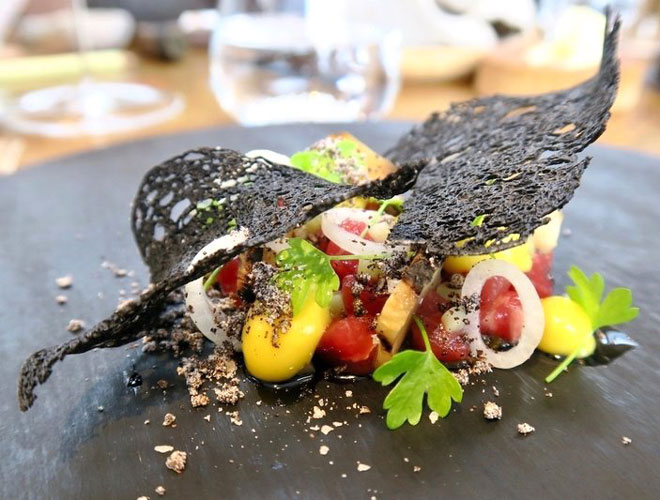 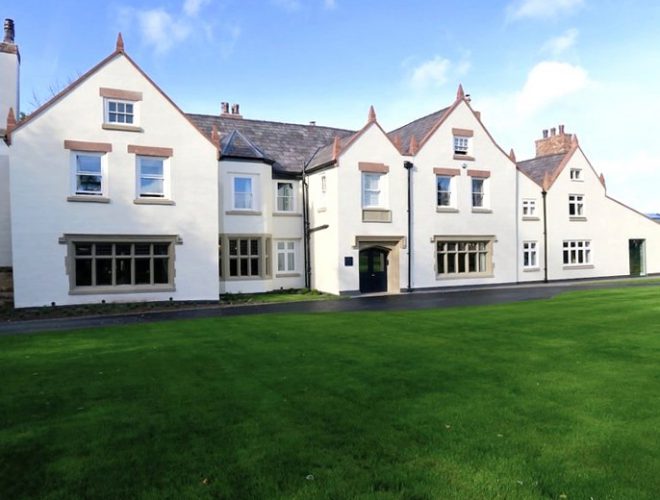 There will eventually be a second more “accessible” restaurant in the stables, while round the back sits a market garden that takes advantage of Lancashire soil that has been producing some of the best vegetables in Europe. Birchall, too, is taking full advantage.

The interior has kept its heritage, with the original dark wood of the manor house giving off an air of assuredness. A glass of the house champagne and a bold statement from a small, curled up strip of creamy ham settled Gordo in.

The champagne from Henri Giraud, a small house, had a nose that reminded Fatty of passing the McVities biscuit factory on Stockport Road, on his way to see his Gran. A lovely old-fashioned soft bubbled gem.

Walking into the dining room, which is housed in the modern new wing, you can see the Rogan-esque eye for mid-century Danish furniture.

Some could be cruel and liken it to a craft centre up in Cartmel, but when you sit down in a super comfy chair and take in the sheer theatre of the room, peeping through into a quietly buzzing kitchen, you begin to realise that there’s magic in the air.