NORTH Sea herring season is upon us. All those Dutch and Flemish trenchermen salivating at the prospect of fatty raw fish soused in vinegar or brine. A Yorkshireman’s penchant for pickles stops at onions; herring bone to him is tweed or twill.

I can’t imagine the fish’s real bones, deep-fried, have ever been served before in the Moorcock, an old school Pennine pub at Norland above Sowerby Bridge.

Ditto eleven week dry-aged pork chops from the Hungarian Mangalitza, a rare breed of pig that’s as wooly as a sheep (there are plenty of those on the moors outside).

Back to those bones in front of me, second course in a £35 tasting menu that starts weird and becomes ever more wonderful. They resemble a seahorse or a fossil shape in ammonite.

Having days before nearly choked on a pin bone from a Port of Lancaster kipper, it’s not the easiest of encounters. Still that road kill lookalike at Stockport’s Where The Light Gets In proved utterly delicious and a similar ‘forage and ferment, cure and preserve’ ethos rules here. So tuck in.

I loved the challenge, though, apart from one beady skull that was hard to crack.

Our meal has kicked off with made-on-the-premises cultured butter and wholemeal sourdough plus the best soda bread I’ve eaten outside Ireland.

She is front of house with her British-Australian partner, Alisdair Brooke-Taylor, the chef. She leaves us to our bones, his take on a popular Japanese snack.

I tackle the accompaniments first. Cod skin ‘scratchings’ from another Northern European staple are fragile fishy wafers. Thin discs of pickle are equally delicate from a brief association with rose vinegar.

The curled-up, previously dried herring skeletons found a couple of refuseniks among our party. I loved the challenge, though, apart from one beady skull that was hard to crack.

What follows mark the Moorcock as an astonishing arrival on the Northern culinary scene. 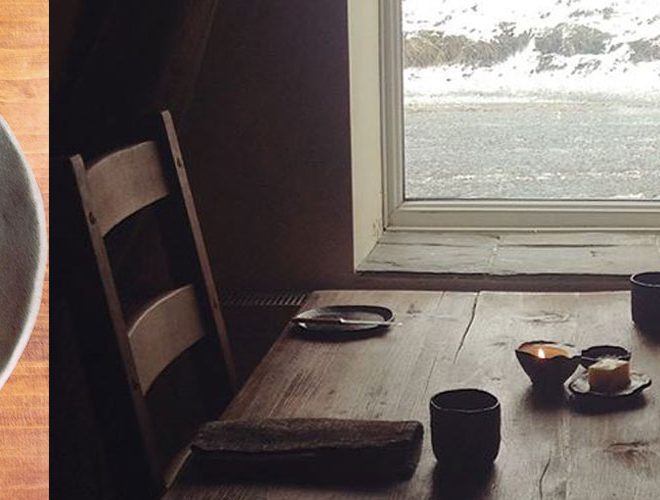 The wellspring of this creativity? A culinary ley line from Heuvelland to Norland. That region on the Belgian-French border was home to Michelin-starred In de Wulf, where Alisdair was right hand man to the legendary Kobe Desramualts.

Just before the place’s closure in 2016, influential website Opinionated About Dining named it the third best restaurant in Europe after L’Arpège in Paris and the Basque Country’s Azurmendi.

Kobe has gone on to fresh challenges and so has Alisdair in not the most obvious of spots. He and soulmate Aimee would disagree.

“The Moorcock Inn is at the foot of 250 acres of productive moorland, providing plenty of plants, berries, mushrooms and game. Our two-acre plot is being developed to provide an organic kitchen garden, providing the foundations of our pub and restaurant menus with the best of Yorkshire produce supplying the rest. Both menus are written with the seasons and cooked over fire.”