Tre Ciccio has gone into administration

TRE Ciccio, the Southern Italian-inspired restaurant with branches in Altrincham, Bramhall and Ramsbottom, has gone into administration.

Accounting and advisory firm Mazars LLP have been appointed as administrators for the group.

“In 2018, Luigi Marino from Tre Ciccio in Altrincham walked away with the title of ‘National Pizza Chef of the year’ after entering the prestigious Casual Dining Magazine’s National Pizza Awards.”

Patrick Lannagan, Joint Administrator, told Altrincham Today: “Trading at the Altrincham and Ramsbottom restaurants will continue as normal while we assess the financial position of the businesses.

“The restaurant located in Bramhall was closed shortly prior to the appointment of Administrators with a reopening planned for February 2020. Given the popularity of the restaurants, we are confident that we can achieve a positive outcome for all of the sites.”

No redundancies have been planned while the process of finding an investor or buyer takes place. 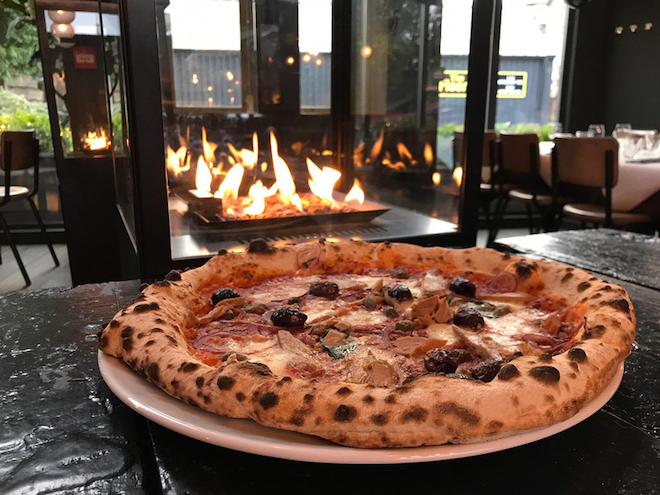 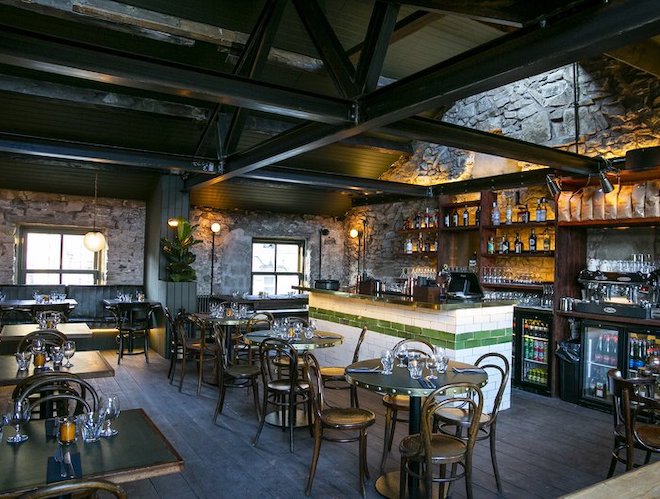 Tre Ciccio – which translates as ‘three chubby friends’ – take their inspiration from the food of Campania and each restaurant specialises in Neapolitan pizza and ‘pollo scucchito’, or roast chicken, which they cook in a huge wood fire oven.

In 2018, Luigi Marino from Tre Ciccio in Altrincham walked away with the title of ‘National Pizza Chef of the year’ after entering the prestigious Casual Dining Magazine’s National Pizza Awards. 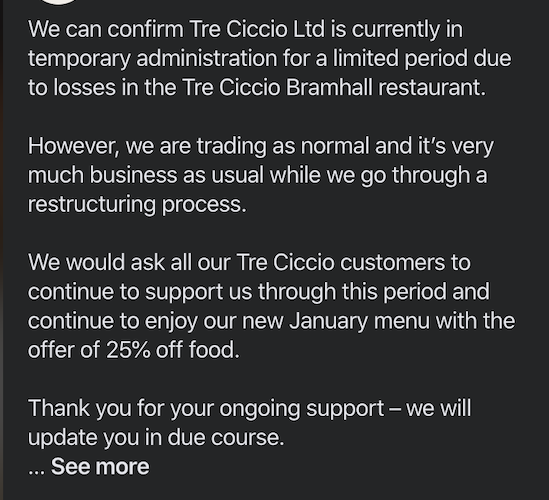 The Altrincham branch which opened on Moss Lane in February 2018 was the first of the group, followed by a second restaurant in Bramhall in November 2018 and a third in Ramsbottom in February 2019. Tre Ciccio was looking to expand in further suburbs over the next year or so, including Knutsford.

In a Facebook post on January 21st 2020 (see screenshot above), Tre Ciccio reassured customers that this is just a temporary situation.