Smaller and more intimate than the Liverpool One Lunya, Lunyalita overlooks the Albert Dock and is set over two storeys with the original arched ceilings, brickwork and flagstone floors from two centuries ago, an upstairs champagne balcony, a ground floor sun terrace and a deli.

Squint your eyes and you’ll think you’re in Spain, with small plates and specials, and quite the morning menu. The traditional country Spanish breakfast, Catalan migas sautées chorizo, morcilla and panceta with breadcrumbs, onion and garlic, then tops with a poached egg. There’s eggs a-go-go, in fact, and plenty of Spanish meats stuffed into bread, homemade tortilla with allioli and the full Lunyanita, with dry cured bacon from award-winning New Ferry butchers Edge’s, chorizo, butifarra (Catalan sausage), morcilla, fried egg and baked alubias beans – as with the deli offer, the ingredients are authentically imported. Tapas wise, and the usual suspects are here: gambas pil pil, chorizo in wine, patatas bravas, albondigas (meatballs) and boquerones (anchovies). There’s a croquetas del deia (ask your server for the day’s flavour) and less well-known dishes such as the Middle Eastern spice-infused garbanzos chickpea stew, Piquillo peppers stuffed with Bonito tuna, creamed cheese and cornichons, slow-roasted ox-cheek estofado with panceta Trinxat (Catalan bubble and squeak) and, er, Catalan Scouse, made with chorizo and morcilla. If decision-making isn’t your strong point, handily there are more artisan cheese, cold meats and veggie sharing platters than you could shake a wooden board at, along with different banquets and a host of paellas for a minimum of two people, including a plant-based one (there’s a separate vegan menu).

For afters, there’s churros and chocolate, cheesecake and crema Catalana, and the Galician almond cake tarta de Santiago. There are no fewer than 10 sherries to sample and someone had the genius idea to do a flight with taster glasses of a Fino, Amontillado and PX on a plank. 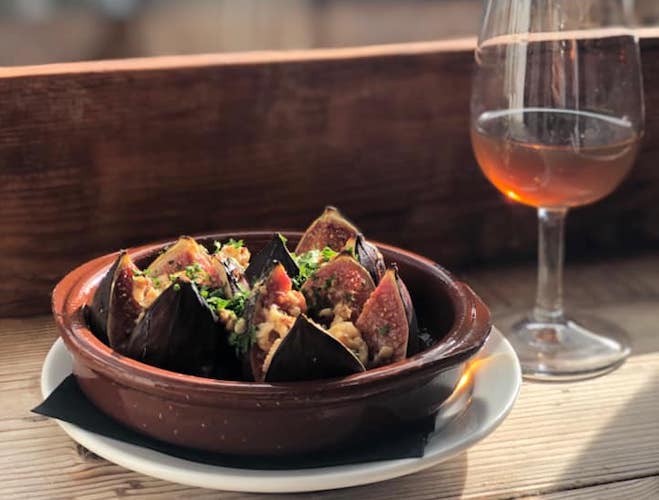 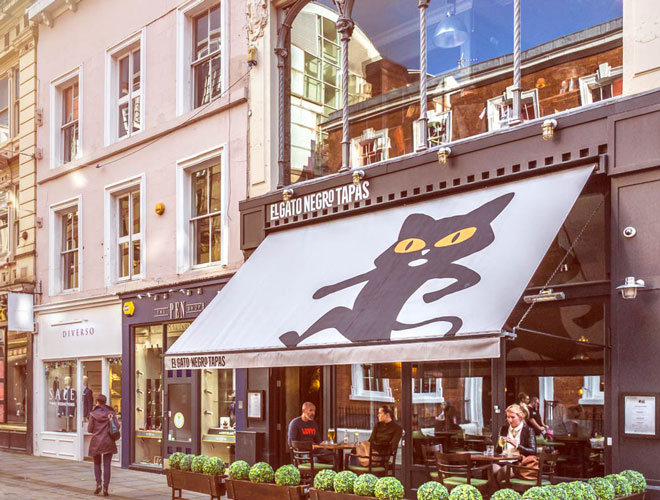 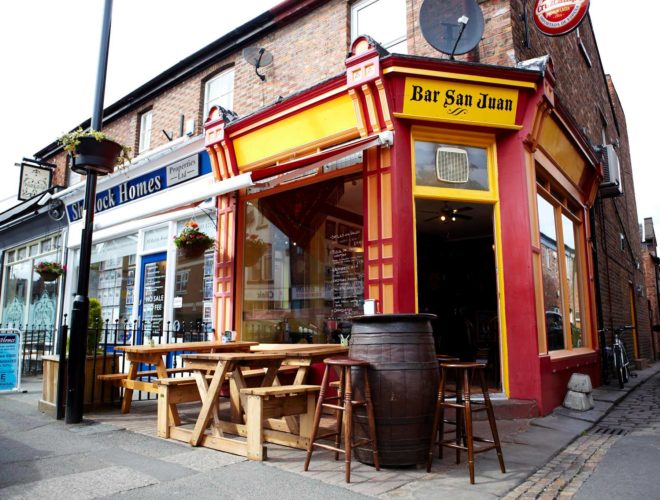 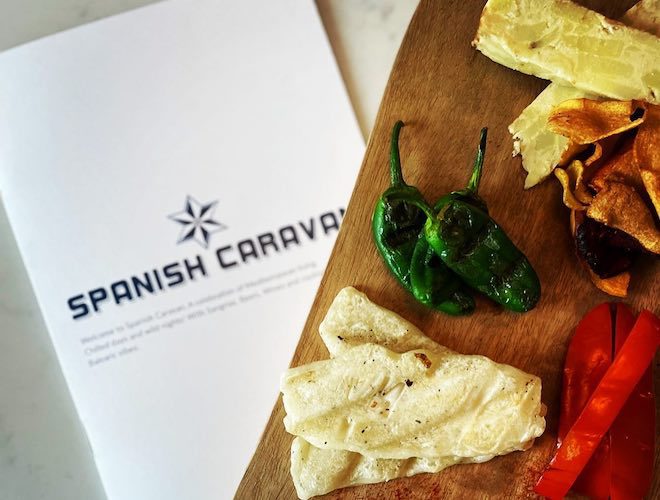 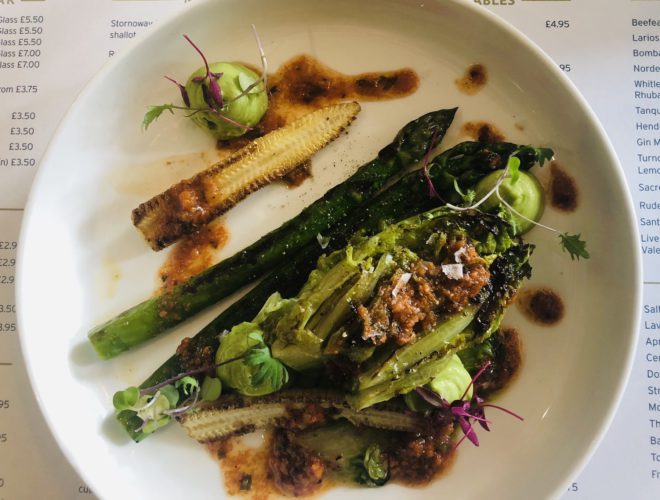 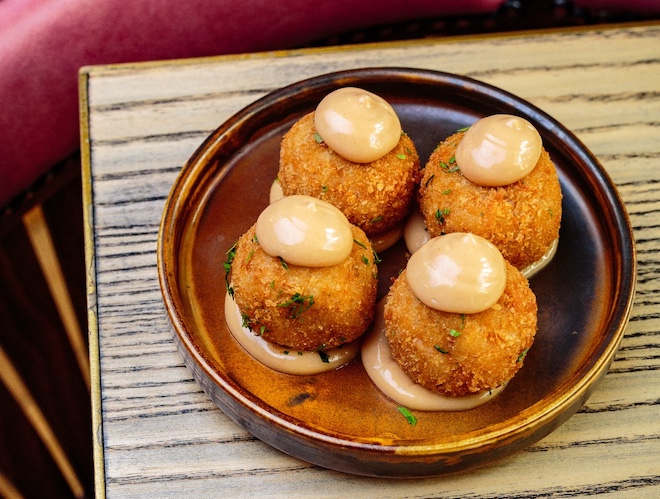