Local lad Steven Smith trained as a chef just one day a week at Blackburn college before going on to work in some of the North’s top kitchens and finally opening his own ‘proper’ gastro pub, The Freemasons at Wiswell (pronounced wizzle, as in chisel) in 2009.

Ten years on, the chef-proprietor has carved out his place as a culinary wizard, amassed a shedload of awards for his cooking and continues to do so. Most importantly, he’s still enjoying it, still finding new challenges to explore and is at the top of his culinary game.

On top of all that, he’s a very good egg, doing everything he can for local and international causes. We caught up with Steve to talk about his latest challenges, favourite dishes, and the expansion of his empire. Steve will be cooking for Mancunians at Manchester International Festival this summer.

You like to have fun with your menus, offering quirky dishes like fish finger hotdogs and er, fois gras with rhubarb and custard. Who or what inspires you to keep coming up with creative dishes?

Steven Smith: “The inspiration comes from the constant push to want to be better, intertwined with my own personality. It’s also the general food scene in the UK and beyond, there’s a lot out there to be inspired by.”

What’s your favourite dish on your current menu and why?

SS: “The chicken studded with black garlic on our a la carte menu – it represents how we (and I) have progressed as an establishment and is a real mix of old and new, which is what the pub is all about.”

You’re extending the kitchen at Freemasons at the moment. How are things going to change?

SS: “It will help us to become a world-class venue and carry on the journey of trying to be the best pub in the world. It will allow us to keep progressing rather than standing still, which is something we’ve always aspired to.”

We will leave it up to the paying guests that return time and time again to decide how important a star from Michelin is.

You recently acted as a judge on the panel for an Action Against Hunger event at Dishoom in Manchester, where the tables were turned and food critics (including some of our Man Con writers) cooked for the chefs. How was the food?

SS: “It was excellent – it tasted pretty much like Dishoom food to me. I was really impressed by the standard and thought the restaurant, staff and Action Against Hunger put on a really good night.”

Do you think it’s important for chefs to get behind causes like Action Against Hunger and what other causes are close to your heart?

SS: “Absolutely – it’s vital that we do what we can to help Action Against Hunger. When you see the work they’ve managed to do through the money raised, it’s incredibly inspiring. We also work closely with Hospitality Action and in general, we try to help a lot of local businesses. We try and help out with as much as we can – there’s a lot of people who support us at The Freemasons and we like to do everything we can to support them in their endeavours.”

You’re going to be cooking at Manchester International Festival this summer. Your supper club is already sold out. Can you give us an idea of what will be on your menu?

SS: “We weren’t aware that we’d sold out – that’s great news! We’re happy to keep taking our food to a wider audience and introducing them to the Freemasons. In terms of the menu, we’ll be serving up our chicken with black garlic (as mentioned above) and our signature Amalfi Lemon Meringue pie.” 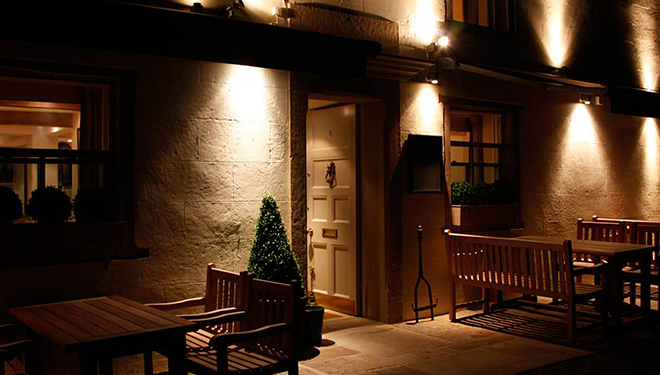 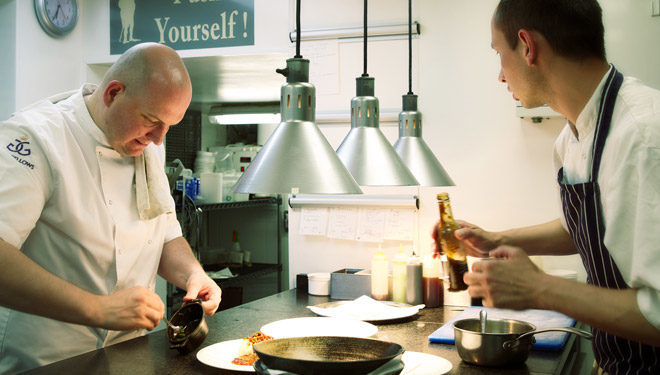 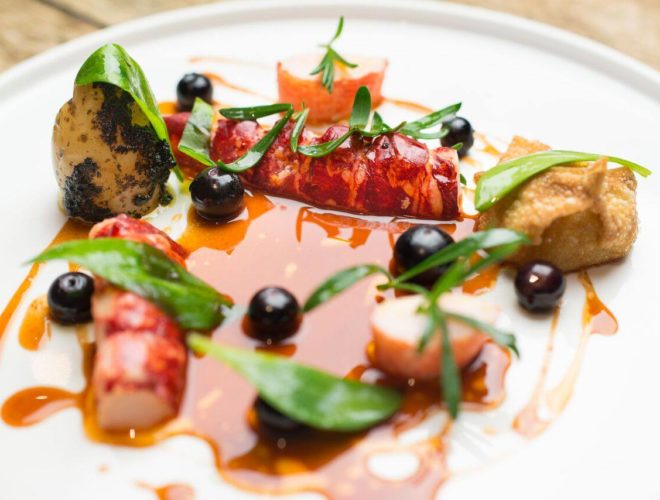 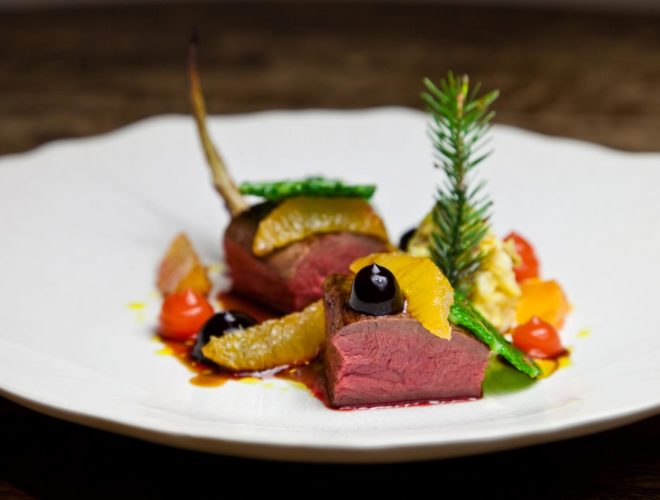 You’re also cooking at Pub In The Park, where Tom Kerridge has curated a selection of top chefs to cook for revellers at a music festival. In what ways will you have to adapt for this?

SS: “We won’t be adapting menus too much because we want to deliver a taste of what we offer here. We will be simplifying our menu but our preparation for these dishes will be the same.”

SS: “Yes and no. It doesn’t benefit anyone staying purely in their establishment but the logistics of leaving the pub and heading out can be quite tricky. Once you’re there, it’s a great feeling to see a new audience engaging with us and enjoying our food. It makes all the hard work worthwhile.”

SS: “It’s a huge year for us. As well as the kitchen extension, we’ll be opening Mr. Smith’s – a bespoke room which will be suitable for a whole range of occasions – we want people to use it how they see fit. We will also be opening four bedrooms this Spring, with an additional four bedrooms to follow later on this year. Offering accommodation will be a big change for us and we’re hoping it will open us up to a new audience, and visitors from across the country.

You have awards and accolades coming out of your ears, but no Michelin star…yet. How important is that star to you as a chef?

Ss: “It’s not really one for us to comment on. We will leave it up to the paying guests that return time and time again to decide how important a star from Michelin is.”

Finally, where are your favourite places to eat in the North West?

SS: “Yu & You, Copster Green for our weekly night off, and Moor Hall for a treat.”

The Freemasons is one of our Top 10 restaurants – see more here.