Lunya is a real North West success story inspired by the tapas bars and markets of Barcelona. This year Lunya celebrates ten years in the tapas trade – now with three restaurants in Manchester and Liverpool in the empire.

We sat down for lunch with co-founder Peter Kinsella in his Manchester restaurant and deli and asked him to select six of his favourite dishes from the menu and tell us why he loves them so.

“It was a eureka moment when we got it right.”

PK – “Ours is an ultra-traditional tortilla. For me this is always the judge of a Spanish restaurant – I’ll always order tortilla and meatballs and croquettes because they’re always simple but you’ve got to get them perfect – and that’s hard to do. Every time we recruit a senior chef we get them to make a tortilla. 90% of the chefs we’ve seen can’t make one.”

PK – “We bake the sourdough that we serve here but we get this Coca bread delivered because it’s the best for tomato bread. It comes in long loaves. A baker in Barcelona makes it, freezes it and ships it over to us every week. It’s a perfect vehicle for the tomato because it’s light.

“The tomatoes, garlic, bread and olive oil in this dish all come from La Boqueria in Barcelona. You can’t get good enough tomatoes at any time of year here. These have got the colour and the flavour.

“The small garlic bulbs you get here in supermarkets and suppliers are imported Chinese garlic. If you see a Spanish one, they’re really big. The ones we get here can be quite bitter. If you’re making a big chilli it doesn’t make any difference because it just gives you a background flavour. But we rub this bread with garlic so it would really come across if it was bitter and would destroy the dish.” 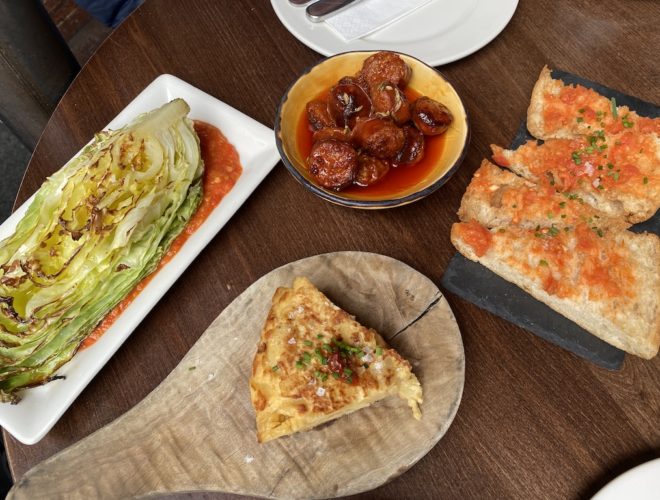 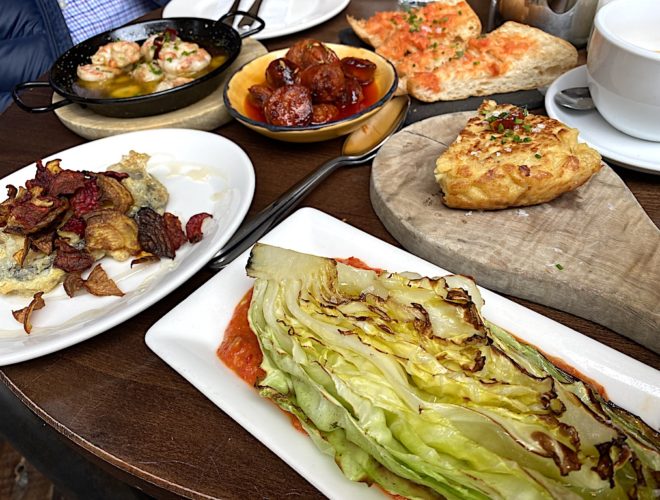 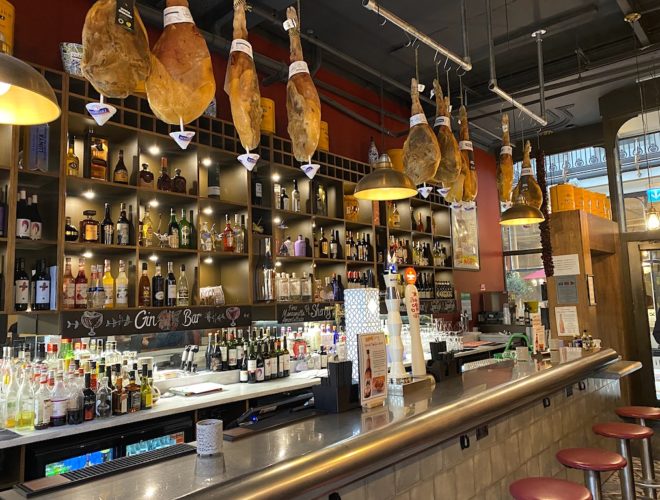 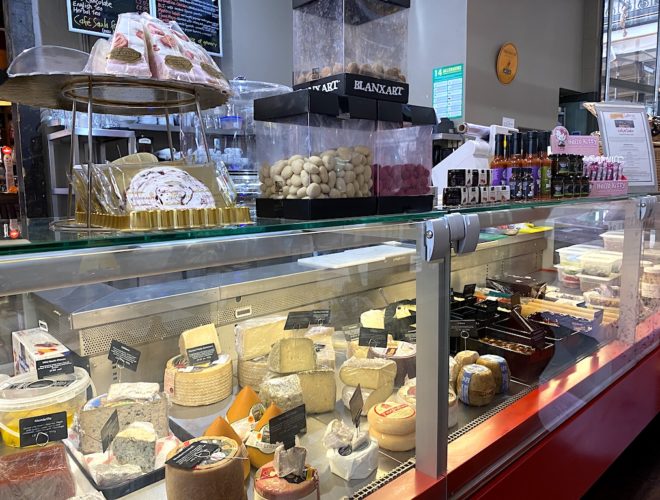 PK – “This is made for us by a butcher in Rioja to our own recipe. Most chorizo’s really nice but it’s like anything, there are some that are not great and some lovely ones. We wanted one that was spicy – but not too spicy – and had the right texture for us to cut and fry. Some are too soft, some too hard, some are too paprika-ey and some not paprika-ey enough. We drove the butcher round the bend because they’d do us one and send it over, we’d squeeze it, cook it, and when we eventually ended up getting the ingredients right, then it was the cure. They air dry it to get the right texture, we were like ‘this is too soft, give it another 12 hours’. It was a eureka moment when we got it right.

“In Spain, it’s always fried in cider in the North and everywhere else in red wine. I find chorizo is a heavy, strong product and red wine is also quite a heavy strong product so we cook ours with white wine. We use fennel seed, which you never see in Spain because it’s really Italian – but fennel seed and pork is just immensely good together. Then we add just a tiny bit of honey.”

PK – “We grill this on the plancha and then bake in the oven. We drizzle it with smoked olive oil and serve on romesco sauce – almonds, peppers olive oil and sherry vinegar – the same sauce that is served with the famous calçot onion during the yearly Calçotada Festival.” 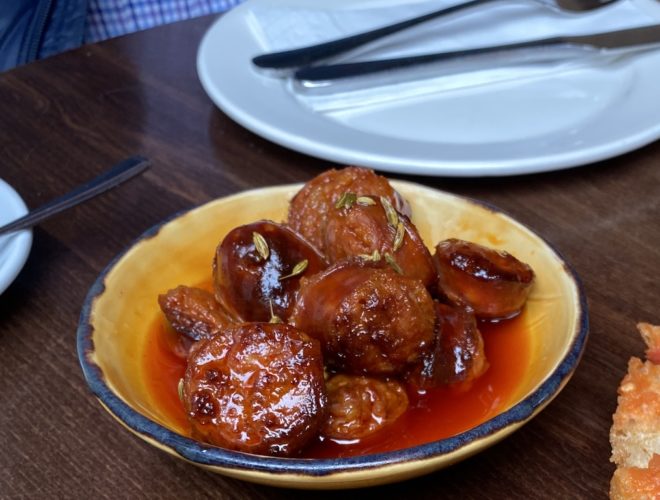 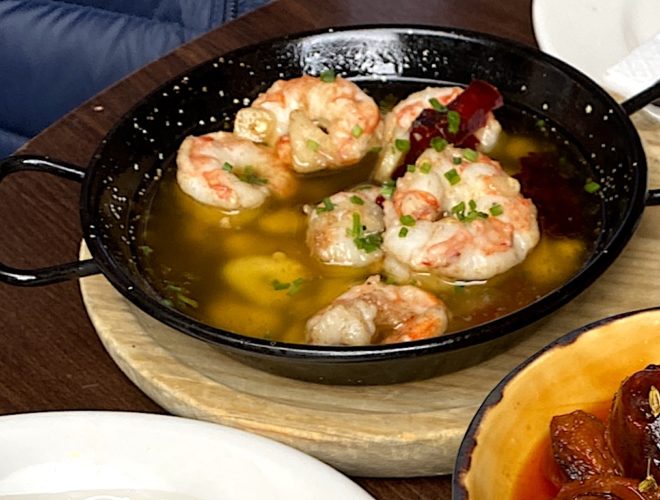 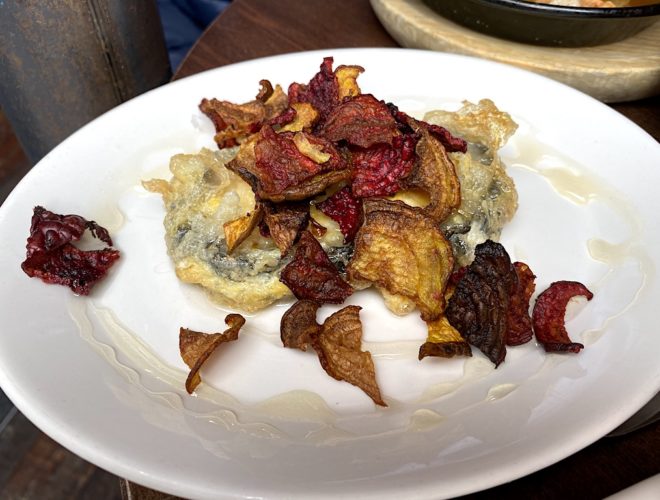 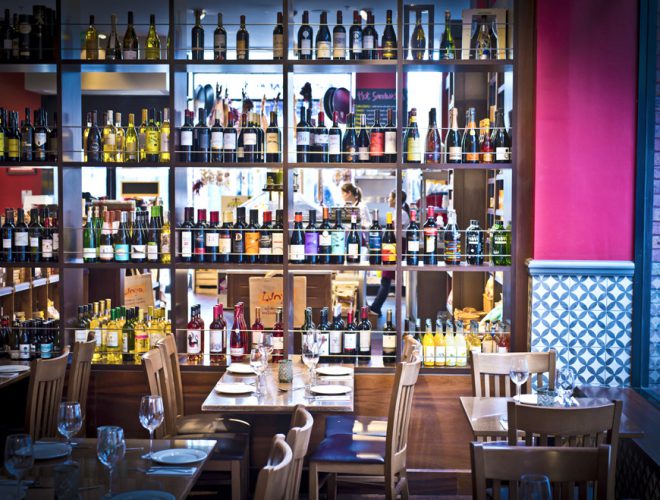 PK – “We’ve had people tell us these prawns are too fishy! You can get British prawns but they’re too expensive. The only people who would ever sell British prawns would be a restaurant charging £80-£100 for a taster menu where they can get one little prawn in. So you can either get the frozen prawns from the markets which come from the Far East; They look great, they’re nice, and in batter with sweet and sour sauce on top they’re fantastic but if you put them in that bowl they look big and impressive but they don’t taste of anything. The ones we use are red prawns from Argentina and they taste of prawn.

There’s something economically mad that the prawns that come from Argentina are cheaper than the prawns from our own shores. The coast of North Wales is teeming with them. It’s all about demand and the price that the French and Spaniards are willing to put on it. Prawns don’t last fresh at all, you’ve got a sweet spot of 48 hours and no fishmonger is willing to take that risk. If you go to a fishmonger what you’ll see are defrosted frozen prawns.”

PK – “You’d never see this in Spain unless you went to a trendy tapas bar in Barcelona or Madrid. This has won World Cheese of the Year twice. It’s just lightly deep-fried and drizzled with orange blossom honey. So much goats cheese is bitter and goaty and can be really strong but this is quite mild. The grey mould on the edge is the same as you get on Roquefort so you get this lovely mushroomy edge.”