The Sustainable Restaurant Association (SRA) have launched ‘One Planet Plate’, an initiative aimed at encouraging restaurants to create dishes with a minimal carbon footprint. Naturally, forward-thinking chefs in the North West are spearheading the campaign. But why is it important?

If you haven’t heard about the recent climate change protests by schoolchildren the world over and environmentalist groups like Extinction Rebellion, where have you been?

Sixteen-year-old Swedish superhero Greta Thunberg et al have shone a light on humanity’s ugliest of bad habits, demanding that we make immediate changes or face unthinkable consequences for our planet’s biodiversity, ecosystem and ultimately human life as we know it.

Just last week, the UK parliament was the first in the world to declare an environment and climate emergency. It’s serious.

Frankly, it’s time for all industries to flip the magnifying mirror inwards and have a long hard look at what needs to change in order to, like, save the world man. Shamefully, the food industry is one of the biggest culprits.

About a third of all food produced worldwide goes to waste at some stage of its journey.

One of the most significant causes of greenhouse gas emissions is food production and waste. About a third of all food produced worldwide goes to waste at some stage of its journey.

That’s a frightening amount of wasted energy from farming, transportation and packaging. When it ends up decaying in landfill sites, it produces methane, carbon dioxide’s even more potent gaseous friend.

As consumers, there are steps we can take to reduce our contribution to greenhouse emissions. Buying less food, reducing our consumption of meat and dairy, and using up leftovers creatively to name a few. But restaurants also need to make positive changes.

Which is where One Planet Plate comes in. Restaurants in the North including Where The Light Gets In, Trof, Hawksmoor, Maray and Northcote have all added a special ‘One Planet Plate’ dish to their menus. This dish must contain less or better-sourced meat, waste no food or have a lower carbon footprint. 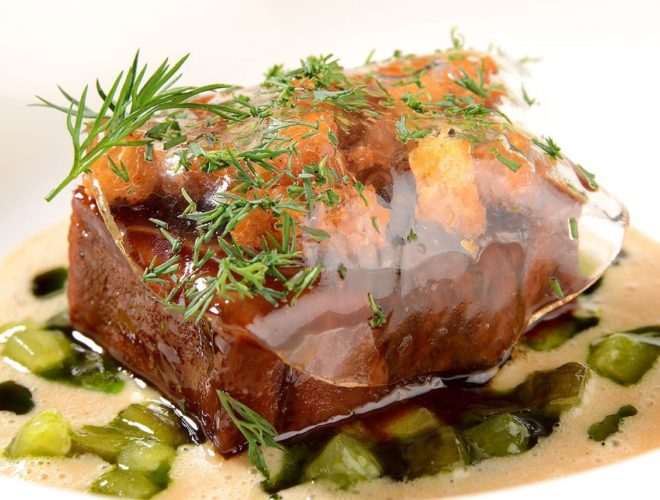 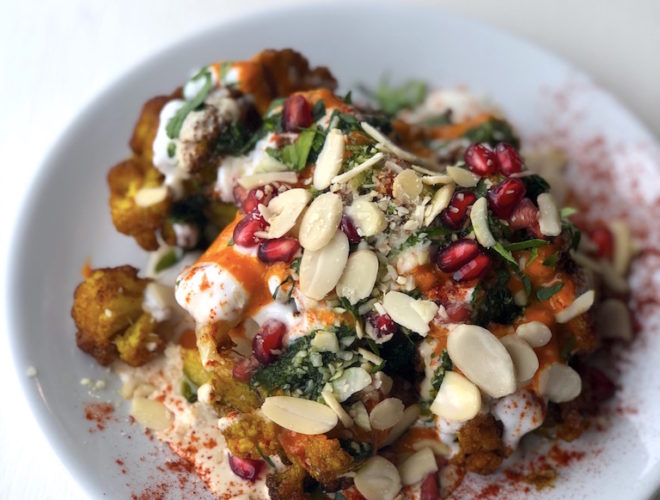 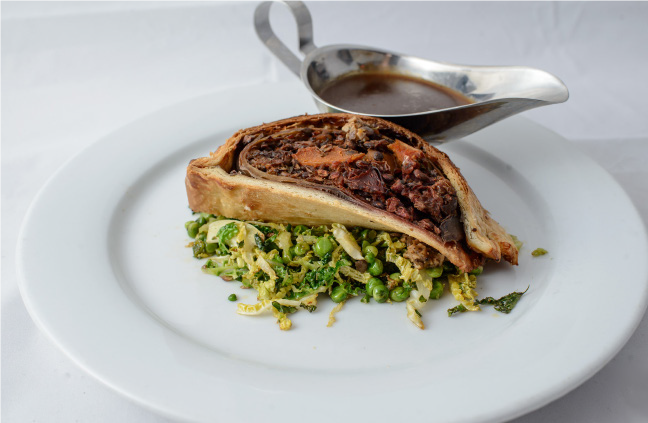 Dishes on offer include WTLGI’s Eggs from Chinley & Tenderstem for Dipping. The eggs come from the family farm of one of the kitchen team and are fed on the broccoli scraps. The restaurant has also recently launched a regular vegetarian menu, incidentally.

Trof and Albert’s Schloss have come up with some beautiful vegan options, a Beet and Pumpkin Wellington and a Chocolate and Redcurrant Mousse respectively.

The chocolate mousse is made with aquafaba, which (in case you didn’t know) is the water from canned or boiled chickpeas that usually goes down the drain. It behaves surprisingly like egg white and can be whipped up to make meringues and macarons too.

Lisa Goodwin Allen at Northcote has come up with a stunning Ox Tongue dish, reducing waste by using a delicious cut of meat that is all too often sidelined. It’s paired with pickled veg from the restaurant’s own garden for the bare minimum in food miles.

Meanwhile, chef Chris Hegarty’s Disco Cauli is the most ordered dish on the menu at Maray. It’s served with tahini, chermoula, harissa and yoghurt, and a scattering of toasted almonds, pomegranate seeds, parsley and paprika.

Now’s your chance to tell restaurants that you support their most sustainable, least wasteful dishes

Andrew Stephen, Chief Executive of the Sustainable Restaurant Association, said: “All our research tells us that consumers are crying out for some simple signposting to help them make menu choices that are good in every way. One Planet Plate gives chefs the chance to draw attention to one damned delicious dish that epitomises their ethos, and choosing it is a vote for the food future we want to see.”

The chefs have done their bit and now it’s over to you. You can order these dishes when dining at your favourite restaurant, and you can even find the recipes on the One Planet Plate website.

The website also offers a handy tool which finds participating restaurants near you.

Consumer power has brought vegan food to the mainstream, forced many businesses to rethink their plastic use, and now’s your chance to tell restaurants that you support their most sustainable, least wasteful dishes. So you can dine out with a clearer conscience too.