Yes it’s been there years, but Gordo has only just got around to visiting… and how he hates himself for it

CONFIDENTIAL writers have been championing Japanese sushi restaurant Umezushi for years now. You’ll find it – with some difficulty – beneath a railway arch close to Victoria Station on the way to Strangeways.

It took a chef (Terry Huang) who is either barking or genius to set up shop here. Still, Gordo doesn’t like sushi. Never has. So didn’t go.

Until the 19th January this year, on the occasion of his birthday, when The Fat One – alongside editor-at-large Jonathan Schofield and veteran reviewer Neil Sowerby – decided to finally pay a visit and bring a bottle of his own booze, a very good premier growth Montrachet (Gordo was worried the wine list would be a bit hipster and New World).

By this time he was beginning to tire of listening to his writers squabble like ten-year-olds over who got there first.

the flavour is masculine with a steely, punchy finish, especially when given a smear of wasabi and a little slice of ginger which blows the whole thing up in slow motion

On arrival the Front of House, Hanna Michnowicz, was looking at the three overgrown schoolboys with a sphinx-like smile, underneath she was probably groaning.

Gordo’s wine was superb, but so was their list, which took him by surprise.

The afternoon turned into an evening, culminating in the Fat One tripping up as he approached a cash machine, head-butting the exposed brickwork above.

The following morning Gordo woke bolt upright as punk rockers Devo kicked in on the Sonos sound system, a pillow stuck to his head with dried blood.

He had a dim memory of liking the sushi, and totally loving the eel nigiri – the one with a slice of protein tied to a thumb sized roll of nicely sticky rice, along with a prawn that had just turned opaque with a whiff of heat. 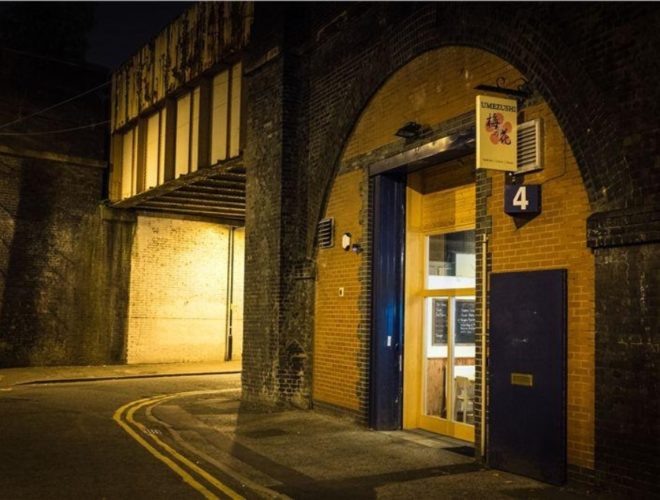 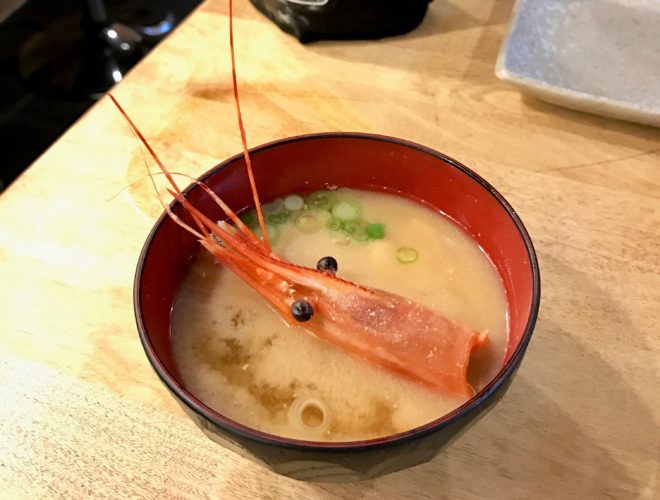 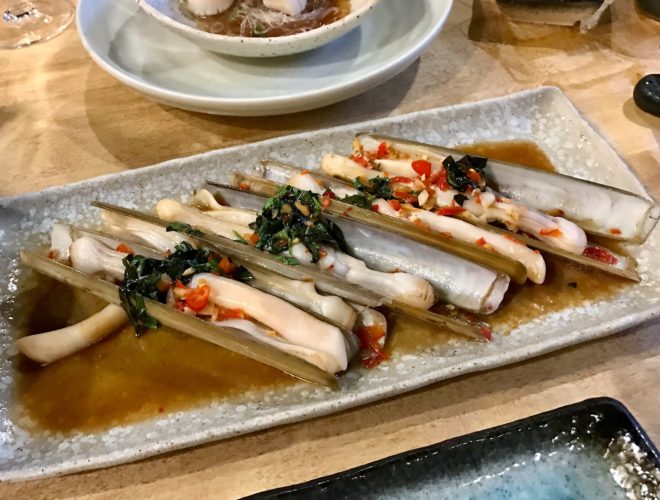 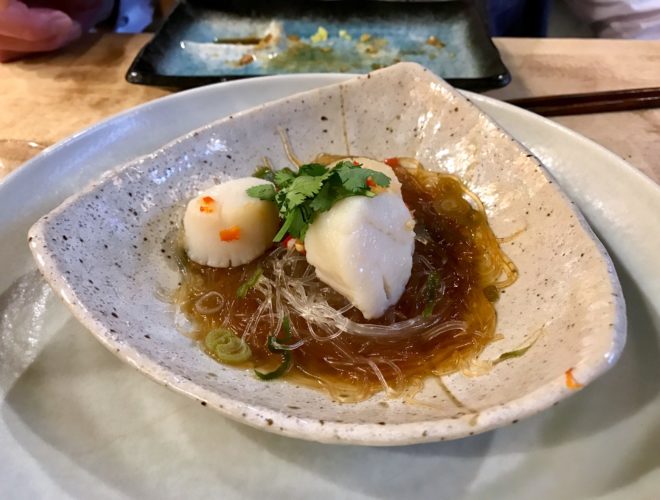 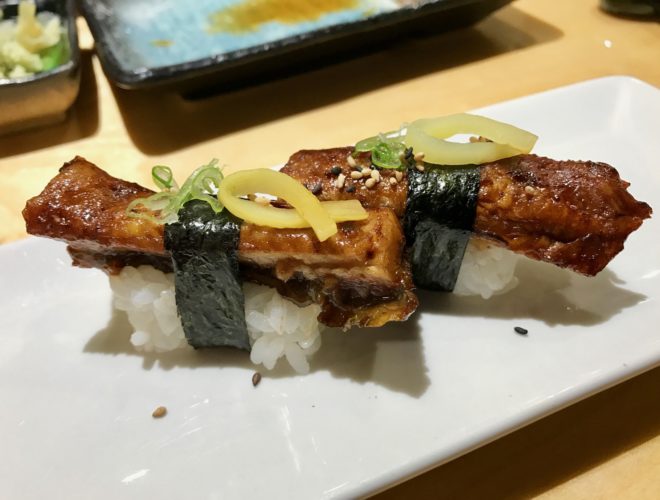 During a debrief the following Monday in the Abercrombie pub, Gordo and Schofield were both marvelling at just how good the meal was, at least, the part the two of them remembered.

In fact, so good that a second (sober) review was imperative – which is why we are here.

Late on this Sunday afternoon, with a sturdy Manchester drizzle dripping off his nose, Gordo opened the front door of Umezushi and requested a walk-in for one. He got a place at the ‘bar’ overlooking the kitchen where studied genius was working.

Hamachi sashimi (£8, sashimi pictured above), otherwise known as Japanese Amberjack, is at its best around about now, as this is when the fat content is highest, apparently.

Served expertly sliced, the flavour is masculine with a steely, punchy finish, especially when given a smear of wasabi and a little slice of ginger which blows the whole thing up in slow motion.

Next door were a couple of slices of Toro sashimi, (£9), tuna belly, full of buttery fat, which needed nothing at all. The finish was long on the palate giving stupendous mouth-feel.

Dear God, this was great.